Why isn't the Widget Connector Macros linking to videos?

In Confluence Cloud, the Widget Connector isn't displaying the videos I linked to Microsoft Stream. Previously, before cloud migration, I could link a video to Steam, YouTube, etc., and it would display a video thumbnail that played when clicked. Now, it no longer displays the video thumbnail, and the video doesn't launch when clicked (see image for example). 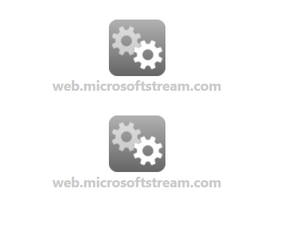 Does anyone have advice on what's causing this and how it can be resolved? I appreciate your help.