We're moving Confluence from Windows Server 2012 to Server 2019.  The old server is being retired but is still the "Production" server until the upgrade is complete.  We also need to upgrade from Confluence 6.15 to 7.12.  I made a copy of the original SQL dB and also the install and home directories and put hem on the new server.  I updated the configurations to point to the new copy of the SQL dB.  We ran the upgrade and that completed.  Once we're ready to make the final cut-over, how do we do that?  Need some way to get a final copy/backup of the original Confluence content & dB and get it into the new instance so we can make the DNS switch and cut-over.  How do we do that? 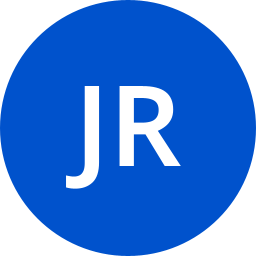 When have done similar server moves in the past where we did the migration and cut-over for production as part of 1 outage. Prior to cutover we had installed and configured the new server with Confluence (same version) but did not start this instance. Then during migration we shutdown old server - copied application data over ; & then started the new server's Confluence instance. (we didn't need to worry about DB in our case as this was on a separate server already so did not move).

Before making the DNS switch we did some local testing (IP address) to do some basic verification and check the data was all there. Once confirmed DNS switch was made and users carried on unaware a server migration occurred. In the following weekend we then did an upgrade to new version on the new server.

How did you "copy application data over" ?

In this instance we were migrating from Windows to RHEL - So for data copy we basically zipped up the contents of application home directory and copied it over to the new server ; then unpacked it. A couple of changes to Confluence configuration were required as this data sat in a new directory structure.

As mentioned above our database was already on a separate server and this did not move/change during this migration process.

Our database was also on a separate server but would couldn't have 2 instances of Confluence (sandbox & production) pointing to the same database.  We had to make a separate (copy) database for our sandbox instance.  Now this new sandbox instance has been upgraded to version 7.12 so we need to get any last changes made in production over to the sandbox before we do the cutover.  Is it just a back from production and restore into sandbox to move the final changes over?

Is your sandbox going to become your new production database OR are you wanting to re-test your upgrade plan? I am not sure about merging changes from prod into your upgraded staging instance without blowing away the lot and repeating the process.

Normally when we do our upgrades we upgrade the test/staging instance(s) including its database and then repeat in production. Snapshots of the VMs and database are taken prior so we have a rollback point should something go wrong.

Sandbox will become production.  The old production environment will be retired after the migration is complete.  Hopefully we don't have to wipe out sandbox and repeat the entire process.  It was far from easy.

Miss the Confluence demos at Team 21? Watch them here!

Phew, Atlassian Team 2021 blew by. With dozens of demos and a handful of keynotes, you may have missed some of the awesome Confluence Cloud sessions. Don't' worry, you can watch them all here or on Y...