Another New Editor complaint! Atlassian owes us an apology!

I had come to the Atlassian forum hoping to learn that my untenable difficulties with the new Confluence editor were my error, but now I understand that this edit is truly a ridiculous mess.

Many of my co-workers are running into multiple issues with the new editor, since it became the default editing in the past two weeks. I have instructed them to use the old editor, but now I am very concerned because the old Blank Page icon now says that it's going away soon! When? I have no idea because even the warning was ineptly worded. Doesn't anyone at Atlassian check their work? It says, "In the upcoming weeks, the old editing experience will no longer be available as a..." ... what? If the warning wasn't so wordy, I'd know when it was going away!

Serious! I hope Atlassian is planning to hold off on deprecating the old editor because the new editor is almost unusable! Repeat, UNUSABLE!

Some threads are calling for the product manager involved to be fired. Well, that's pretty severe. LOL

The real blame should be placed on the leaders who decided in the go/no-go decision to launch this inept editor. It would be more than just a single product leader that was involved in that stupid decision.

At the very least, Atlassian should issue a public apology for this gross lapse in judgement, return to the default old editor, and don't dare force a change on their paying customers until they can answer YES these three simple questions:

1. Is the new editor better in all respects?

2. Does the new editor solve a problem or problems?

3. Switching to the new editor will not cause customers any pain, with respect to  compatibility issues with the old editor?

How about it, Atlassian?

It's been over a year people are complaining about the new editor nightmare experience. It's hallucinating to realize the list above is just a tip of the iceberg. As it seems, Atlassian isn't moving anywhere with the reported bugs. Today, the new cloud editor is still not stable nor very responsive: images just load slow - size control is jumpy (but I NEED PIXEL SIZE CONTROL) - page and table width control is just horrible!

In the mean time, my company (as many others) is being forced to move from server to cloud (we all know why). Talking about a bold, arrogant, move.

Do I dare to advise to move to cloud now or should I just resign myself? 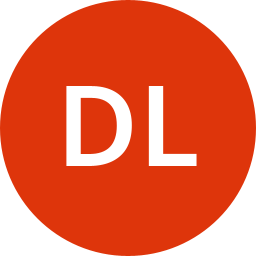 I'm a PM on the Confluence Performance team, and would be interested in learning more.  The previous comments in this thread are a bit old to address, I have to assume some of them have been fixed (if not, please let us know which are the most annoying)

We could definitely use some clarifications on the items you have already restated though:

1. "images just load slow" -> is this problem only in Editor, or do you see it in the View Page as well?

Also for some of my teammates:

2. "size control is jumpy (but I NEED PIXEL SIZE CONTROL)" -> could you tell us more about what you use pixel size control for?

3. "page....width control is just horrible" -> are you referring to the 3 settings available for page width (standard, wide, full width)?  Can you also let us know what you want to use it for?

4. "table width control is just horrible" -> same question, are you referring to the standard/wide/full settings, and what you want to use it for?

Contact me at bruno.dezwaef@psicontrol.com and I will SHOW you.

Can I chip in - I just moved from server to cloud and I cannot do anything with the new ediitor.   The old one was very easy to make professional pages.

First example1 : I used to grab an image from the screen , paste from clipboard, choose small, medium, large size , double click and add a border.   The result was superb in seconds every time.
With the new editor , I paste the image ... no options , no sizes, no border , no nothing actually.... it just looks like a pasted image and my pages look like they are made by a total amateur (I am very far from an amateur).