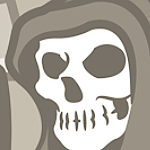 When doing (even a real small) push I always get sad moans at the end. What to do?

I got this error regularly when we did our CVS to Git conversion and first time pushed the converted local Git repos to Bitbucket. However, unlike the how-to on the Bitbucket repo page, we used "git push -u origin --mirror" which IMO pushes branches and tags as a whole rather than in separate commands.

Although we often received the "hung up" error, we never had an evidence that data was missing, so we ignored it while still having had a mixed feeling. Even 6 months later we don't miss any data.

Again if I use "git push -u origin --mirror", the error came up too, but the data (including tags) in Bitbucket seems to be complete. Again mixed feeling.

I wonder if on Bitbucket side the transfer can succeed partially. IMO Bitbucket should detect an incomplete transfer (as indicated by the Git error) and flags the repo as erronous.

P.S. Yes, I tried the usual "git config" tweeks to fix the error found in the forum, but to no avail. I still haven't tried the SSH way

We worked around this problem by copying a ZIP of the local repo to the Bitbucket server and then pushing the repo locally. 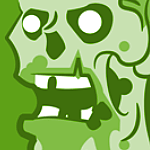 I get this with out pushing any information at all:

This is a brand new install of stash on RHEL 6.5

It's not origin problem nor postbuffer problem. I tried both, but still no success. Note that the actual push upload works. Probably I should not bother about the moans at the end, but still...