Why is my sftp pipeline deployment not working?

I'm trying to use an sftp pipe to deploy my code to a remote server.  My yaml file is not giving me any errors and the build works all the way until the end and even says it was successful but there is an error in the debug logs stating that the remote directory doesn't exist, but it definitely exists and none of the files get sftp'd to the remote directory. 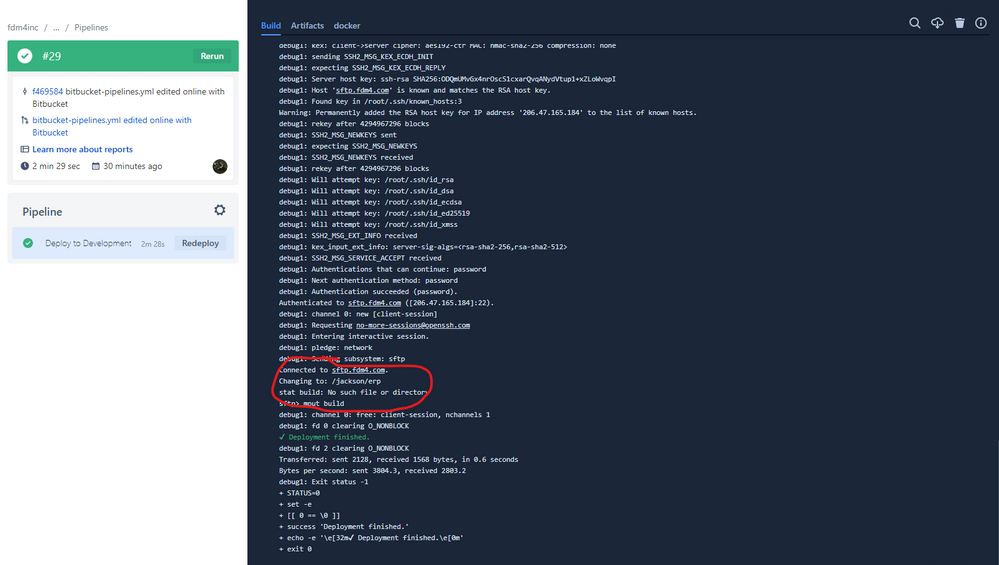 Logging into the remote server and displaying the directory existing:

It looks like it wasn't the remote directory at all, it was the local one.  For some reason all the examples say to just use "build" as your local directory but apparently that doesn't exist by default.  I had to change it to use "." and now it's "working" ... it's moving files so slowly it will not be a viable solution if I can't figure out how to speed it up, but that's a different post I guess :)