Start with Git before starting with Bitbucket

After posting an answer to Claire Maynard's post about advices for new users getting started with Bitbucket  Bridget encouraged me to write this article to give you some more background to my advice(thanks for that).

My advice was, to get started with Git before getting started with Bitbucket. Let me tell you, why I suggested this.

I have been a software developer for many years and we used a version control system, subversion. And I was used to work with this. Check-In, Check-Out, maybe reverting to a previous revision, even setting up a small svn server for private projects, it was all no problem.
But one day, I decided to try Bitbucket. Thought for myself, it can't be so hard, I am a Software Developer, I know Subversion, come on and let's get started.
So I just signed up on Bitbucket Cloud (it's free for small teams) and wanted to get started.
So I set up a repository and wanted to check in something. But then, a moment of desperation... How should I do that. Ok, I decided to install an client with GUI to have it easier to start and choosed Sourcetree.
But so many new terms, clone, push, pull, commit. Somehow I managed it, but it was a hard way and it became clearer and clearer that I would have to start with learning how to use Git. 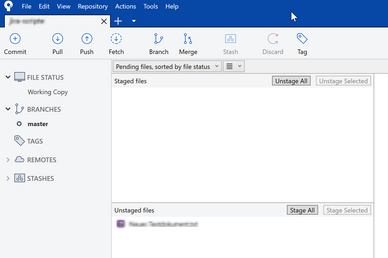 So I decided to stop at this point with trying step by step and better start with learning the git basics by reading the first chapters of the Pro Git Book, that is available here for free: https://git-scm.com/book/en/v2
While doing this, it became a lot clearer how to use Git and understanding the Branching Model was a really big step in the right direction.

Stepping then back to Bitbucket and Sourcetree, the GUI suddenly was a lot more intuitive. And, even more important. A lot of functionality, that I would not have used before or at least not on that level, now makes sense and even seems to be very valuable, for example using Feature Branches or Pull Requests.

If you have comments or questions, you are welcome to ask.

I'm not a developer by formation but as a DevOps Engineer I run a lot of automation scripts and playbook writing for our Ansible's deploys... And in order to properly integrate our Infrastructure team into the DevOps tools, we have included all our automation code to Bitbucket. But how to manage it?

I was struggling with this question... From the start I just used to dev at the master branch and commit every new change so there was a "backup" of this version at the Bitbucket server, but right at this week I bought exactly a "GIT> Bitbucket> SourceTree" course at uDemy and it all started to make perfectly sense to me.

As a matter of now, I have 2 new branches and lots of triggers setup so the pull request is really really helpful for our Infrastructure's updates and deploying codes.

thanks for sharing your thoughts on this. Good to know that others are having the same experience like me.