Bitbucket 6.10 will be an Enterprise release

We’re excited to announce that the Bitbucket team has designated the upcoming version 6.10 for Server and Data Center as an Enterprise release.

What does an Enterprise release look like for Bitbucket?

We frequently hear requests from our largest enterprise customers for a designated long-term support version of Bitbucket, similar to those provided by our Enterprise releases for Jira Software, Jira Service Desk, and Confluence. These customers often face long testing and approval cycles for version upgrades, and would prefer a less frequent upgrade cadence. By designating 6.10 an Enterprise release, we’re providing a preferred option, and extending the same two-year support window for back-ported security updates and critical bug fixes that we offer in all of our Enterprise release versions.

What will be included in the 6.10 Enterprise release?

Keeping in line with Enterprise releases for other products, 6.10 will be relatively light on new features. This helps ensure that we’re not introducing new breaking changes into the long-term support version. If you’re upgrading to 6.10 from an older version, you’ll get all of our recently-released features (such as Jenkins integration, Git LFS locking improvements, pull-request suggestions, as well as rate limiting, mirror farms and CDN support for Bitbucket Data Center). Bitbucket 6.10 is planned to be the final version on the 6.x platform, and as such will provide a stable, supported option for customers who will require additional planning or testing before moving to a 7.x version.

Super Atlassian ! When will 6.10 be available ? 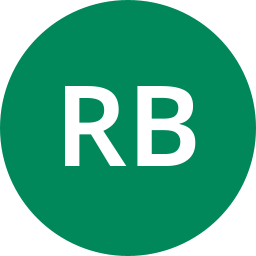 @Claus Nielsen , while plans can change due to unforeseen circumstances we anticipate 6.10 following 6.9 (which was released last week) close to the regular cadence of other releases, which is usually every 5-6 weeks.

It's good news before end of year !