Hello,
I am currently using the aws-ecr-push-image pipe to push my docker images to the elastic container registry. i see that when the pipe runs, all the environment variables that I stored on my bitbucket account are being attached to the image as build arguments.

I think this is a security issue since we have some variables which are supposed to be secrets and only used by bitbucket pipelines but these are instead getting attached to the docker image when getting pushed to the ECR.
So that means, anyone who uses that image can basically see those secrets when they use the container. 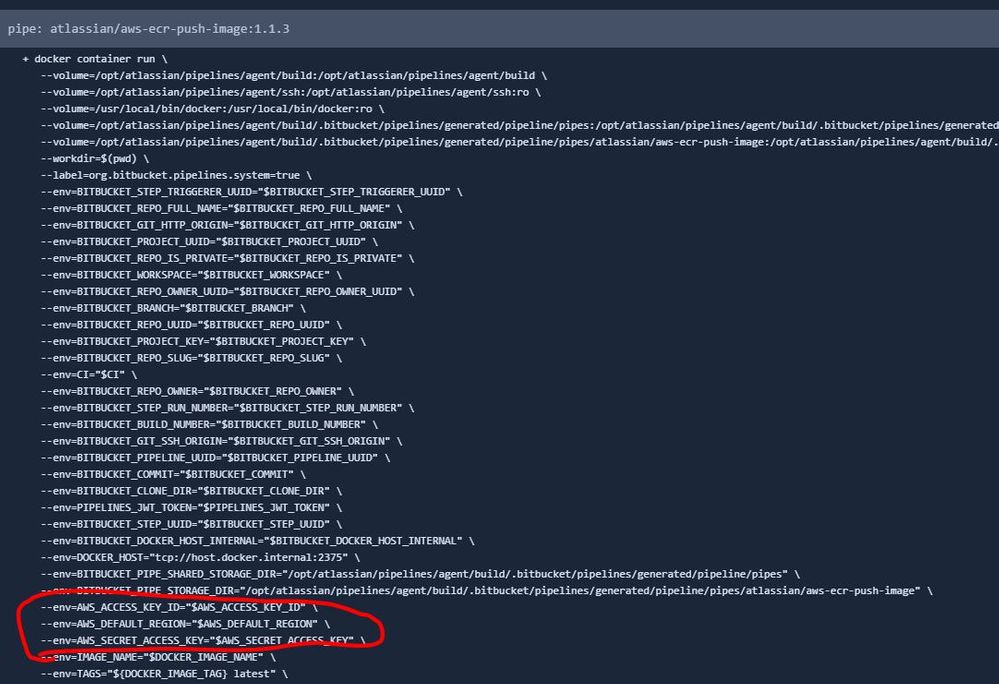 Thanks for reaching out. Let me clarify your concerns:

I see that when the pipe runs, all the environment variables that I stored on my bitbucket account are being attached to the image as build arguments

That's not accurate. We are only passing the required environment variables for the pipe to run:

So, talking about secrets, only AWS secrets are passed to the aws-ecr-push-image, which are required to authenticate to AWS to be able to execute the script that pushes the image: https://bitbucket.org/atlassian/aws-ecr-push-image/src/master/pipe/pipe.py.

It's important to note that we are passing the variables as environment variables to docker run command (runtime): https://docs.docker.com/engine/reference/commandline/run/#set-environment-variables--e---env---env-file. not as build arguments. So, we are not building the docker image (nor pushing it), we are just executing it passing the required env variables to an image that already exists: https://hub.docker.com/r/bitbucketpipelines/aws-ecr-push-image.

So that means, anyone who uses that image can basically see those secrets when they use the container.

That's not right. The docker container for the pipe is executed locally in Pipelines, so the secrets (AWS_ACCESS_KEY_ID, AWS_SECRET_ACCESS_KEY, AWS_DEFAULT_REGION) are not leaving Bitbucket Pipelines at any point.

For all those reasons, the pipes model is totally secure, and provides even better isolation as pipes only get the secrets they need to run.

For your particular case (aws-ecr-push-image), I think you might probably be confusing the docker image you build with the pipe you use to push that docker image to ECR. For example:

Hopefully I clarified your concerns about this. Feel free to check the source code here: https://bitbucket.org/atlassian/aws-ecr-push-image/src/master/ if you want to know more about how the ECR pipe works.

Let me know if you have any other questions, I'll be happy to help.

Hello,
@rgomis
Thanks for the detailed answer.
I think it was my bad that I didn't check it.
I didn't notice that it was the docker run command that the environment variables are being attached too.
i was in an assumption that it was adding it to the image that we want to push to ECR.

Anyways thanks again for clear and detailed answer 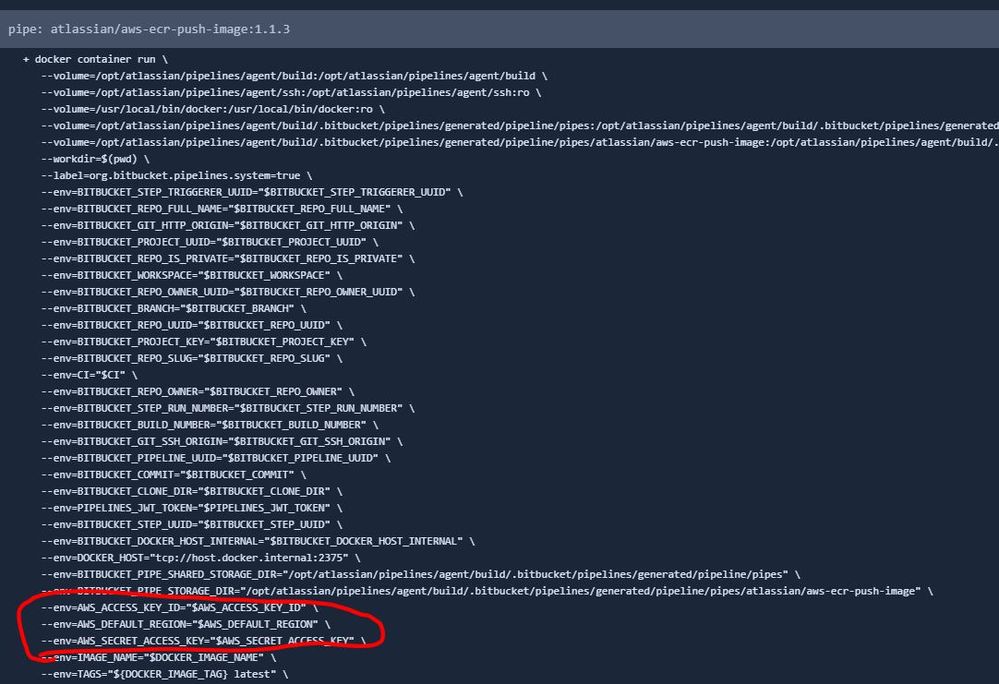 ...hey are a part of us, shaping how we interact with the world around us. The same holds true for programming languages when we think about how different kinds of vulnerabilities raise their heads in t...