Recently, there were some changes to the apt mirrors that has affected several Docker images, which you may be running in Bitbucket Pipelines. Most reports of this issue started on the 26th of March. But it’s possible to have occurred since March 20th.

If you’re seeing an error message like this, when running "apt-get update", you are likely affected by this issue:

You may also encounter this with “wheezy” instead of “jessie”.

Details of why this is occurring are noted here: https://lists.debian.org/debian-devel-announce/2019/03/msg00006.html

In order to fix this issue, you will need to update the Docker image you are using in your build.

If you are using another public Docker image, search for it on Dockerhub and either try a newer tag, or see if there is a “-stretch” tag suffix available to use.

Once you’ve updated the image, your “apt-get update” command should resume working again. Thank you. Updating the image version worked for me.

But still i get same issue. Is it because it is still referring to cache from - step: >> caches: >> - node 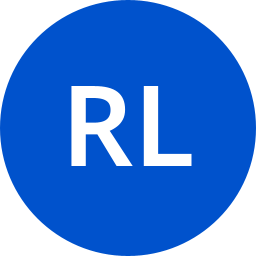 Have a look at https://github.com/nodejs/docker-node/issues/1013
you may want to use a `stretch` version.  I ended up using `node:11.12.0-stretch` and before apt-get install I had to run :

and then had to run

@Rob's approach looks fine here. (FYI: The GitHub issue URL is linking to a search query, not the URL you intended: https://github.com/nodejs/docker-node/issues/1013)

There's a PR currently open which means you won't need that workaround for too long.

If you need to keep using Jessie repositories, then there's some guidance in this StackExchange answer: https://unix.stackexchange.com/a/508728

Since you’re building a container image, I highly recommend basing it on Debian 9 instead.

Very big issue here with this outdated python image! I lost more than 10 hours trying to figure out why the bitbucket pipeline failed! :(