problem with connecting from self-hosted bamboo to cloud bitbucket repository

There is a number of bitbucket (cloud) repositories in the bamboo (self-hosted) build plan which used to work well before. Now if I try to click a repository then it shows me an error

Failed to load data from Bitbucket. com.atlassian.bamboo.plugins.bitbucket.api.BitbucketApiException: HTTP 410 {"type": "error", "error": {"message": "Resource removed", "detail": "This API is no longer supported.\n\nFor information about its removal, please refer to the deprecation notice at: https://developer.atlassian.com/cloud/bitbucket/deprecation-notice-v1-apis/"}}

The Deprecation notice in via the link in the error message refers to deprecation of API 1.0 which was removed on the 29 Apr 2019 but we used to add new repositories after this date and didn't have problems (other than https://community.atlassian.com/t5/Bamboo-questions/issue-with-adding-cloud-bitbucket-repository-to-build-plan-on/qaq-p/1097341#U1097612, which had been fixed eventually and we were able to add new repositories).

What could be a reason for such a behavior? I assume for the same reason I cannot add a new repository to bamboo build plan.

Although it was indeed announced that API 1.0 would be turned off on April, 29th, in fact it continued to work for another month or so and only then was gradually shut down over a couple of weeks. This was to give some extra time for third parties to switch to the current API 2.0.

There are two ways to deal with the error you faced:

Sorry for the inconvenience. API 1.0 lived along with 2.0 for quite a long time, but now the deprecation was a required step  in accordance with GDPR regulations.

Thank you for your prompt response - will be upgrading Bamboo now.

Also, it would be good if there is some mechanism in Bamboo which can check the coming potentially disruptive changes in Bitbucket and notify right in the application - if there was an email sent on this matter then it was effectively ignored and we got a problem with deployment.

Have a good day

What you say is correct but that doesn't change the fact that anyone who has not upgraded their server since the a release on June 4th now has a non-working product.

The API was deprecated a year ago and was supposed to be unavailable 2 months ago but we need a product version released less than a month ago. 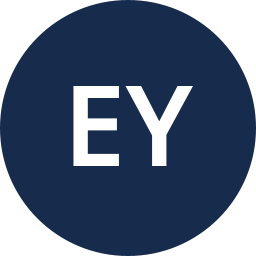 Not an answer but we are facing the exact same problem.

I found this work around here it appears to work for my new repository setup - at least for now.