We have JIRA, BitBucket and Bamboo, all integrated running locally on a server. I would like to have Bamboo build my software when I decide to release it in JIRA.

There is a document available at Atlassian that describes this:

The problem is that my interface doesn't have the Build Variables as described in the documentation. This is crucial, because I want JIRA to pass a version number and Bamboo to use that version number as a variable for different tasks.

Here is a screenshot of the interface:

I realise that the docs are for JIRA cloud, but seeing that the same interface is available on the server edition, I would expect to be able to accomplish the same thing.

Do you know why the Build Variables might be missing, or how else to tackle passing variables from JIRA to Bamboo in a self-hosted situation?

Could you please double check if you have global or plan variables defined in Bamboo? I've tested here with the same versions you're using and I was only able to reproduce the behavior when there are no custom variables defined. 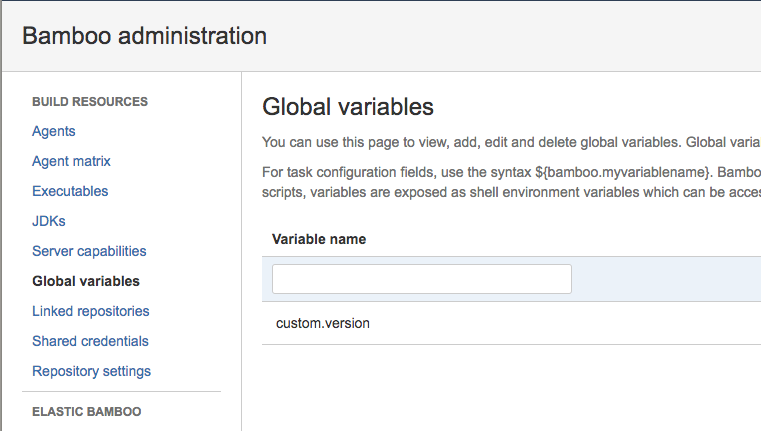 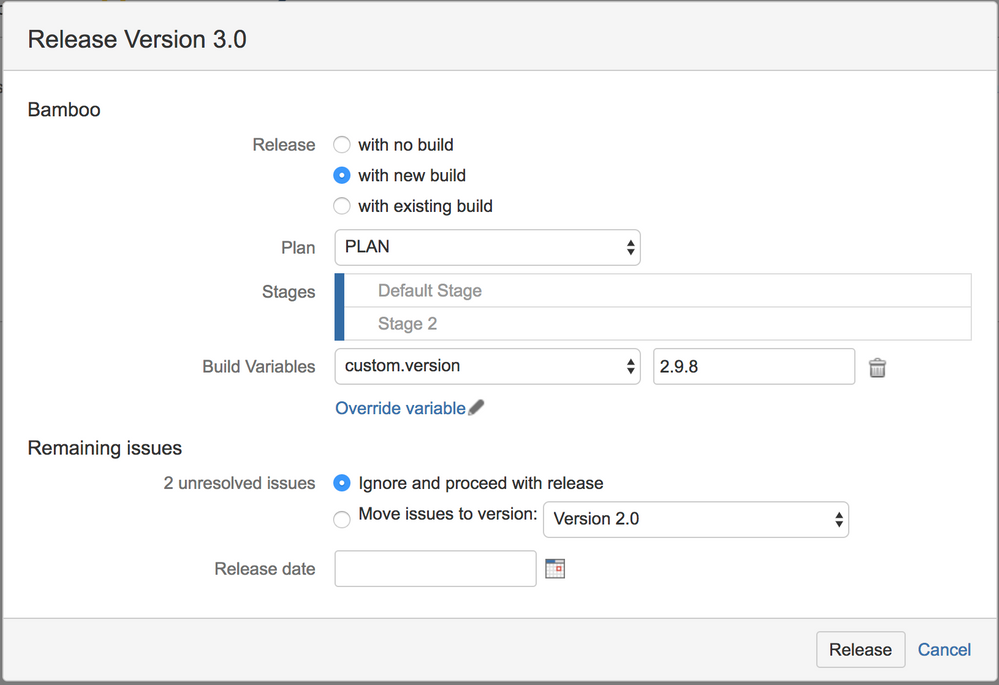 That's the solution. I was under the impression that the custom variables you want to pass are defined on the release screen in JIRA.

Instead, they are defined on the plan or global level in Bamboo, and they can be used/overridden on the release screen in JIRA.

Thanks very much for your help.