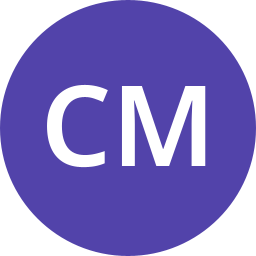 I have a .Net framework (full not core) repo that I am building with Bamboo. I have setup a unit test project and have configured a "VSTest runner" task within my build plan.

/UseVsixExtensions is getting deprecated. Please use /TestAdapterPath instead.
Failed to find the list of installed unit test extensions. Reason: Microsoft.VisualStudio.TestPlatform.ObjectModel.TestPlatformException: This option works only with vstest.console.exe installed as part of Visual Studio.

followed later on by

Failing task since test cases were expected but none were found.
Finished task 'Execute unit tests' with result: Failed

Is there any way to stop Bamboo from automatically adding the /UseVsixExtensions argument? I have found a way in the task configuration or in Server capabilities

In Visual Studio 17, the /UseVsixExtensions argument will fail as your experiencing.  The argument was required by VS'16 and previous visions.  Bamboo automatically adds this argument to maintain compatibility with the older versions of Visual Studio.

We have an open feature request for this issue, which can be found here: BAM-19784.

I would strongly encourage you to both vote and comment on this issue to offer your feedback increase its visibility with our developers.

You can work around this limitation by creating a Command or Script task and a MSTest Parser task and bypass using the VSTestRunner.

I have been able to create the script that runs vstest.console.exe and produce a results but. I am having trouble with mstest parser though. The configuration seems to ignore the directory I specify in the "MSTest test results file\directory". I have configured the value to "C:\temp\UnitTestResults.trx" and confirmed that file exists but the log for the build shows as per below

It is my understanding that there is no parser (except VSTestRunner) available for this as the MSTest is a completely different format even though it generates a .trx file.

Sorry to necro a thread but I very much would like to use Bamboo. So, this "feature" (bug/compatibility issue) has never risen to the level of getting resolved. My recourse at this point is to use a Command or down grade to Visual Studio 2015?