Hello, we have one licenced remote agent, installed windows agent on one host and trying to install linux agent opn another host.

After installing linux agent we have an error:

Aug 27, 2018 2:18:20 PM Registration attempt rejected with a message: Cannot register additional remote agent. You have reached the limit for the number of remote agents you can have. Please upgrade your license.

But we not need to run windows and linux plan sequentially, we wont run deploy on linux computer and then on windows.

Here is said that we can use one remote agent consistently on windows and than on linux computer:

https://confluence.atlassian.com/bamkb/difference-between-local-agents-and-remote-agents-457703602.html
How i can to reach that? 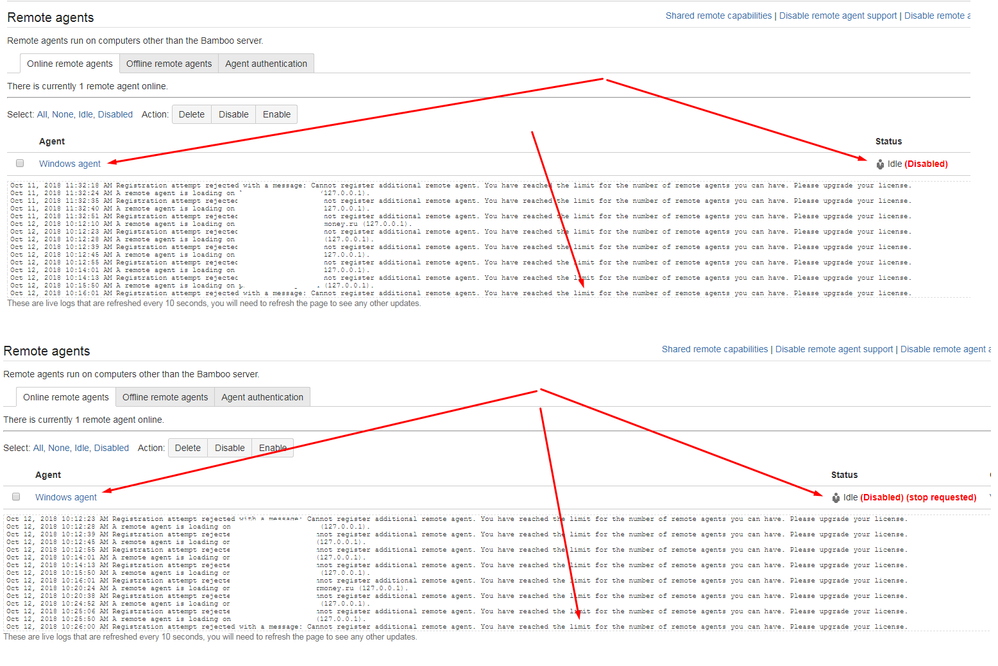 2. I need to deploy project on remote linux host, so that i can't use local agent of bamboo server.

You can install as many remote agents as you want, however, only 1 remote agent can be up and running to satisfy the 1 Remote Agent license.

Here is said that we can use one remote agent consistently on windows and than on linux computer: https://confluence.atlassian.com/bamkb/difference-between-local-agents-and-remote-agents-457703602.html
How i can to reach that?

Please, notice that Bamboo Server is as agent, meaning that it can build and deploy. So you can have Bamboo server (on Windows) and Bamboo Remote Agent (on Linux) if that is what you require.

Alternatively, you can have your Bamboo instance(s) running on Windows / Linux and have builds executed in docker containers - Bamboo 6.4 Release Notes

But agent on windows host took a license, so that linux remote agent can't connect to bamboo service (look at the second arrow)?

How can i run task on linux and windows host consistently? Now i can't run task on remote linux host, only on local linux agent or windows remote host agent. 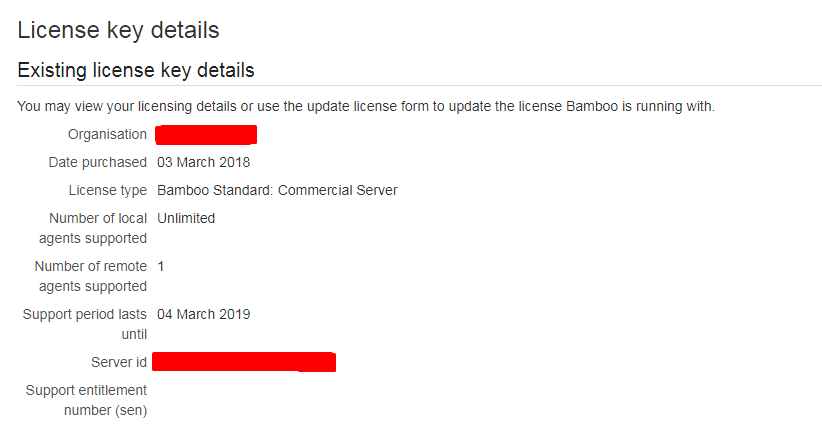 Thank you for your update.

As per screenshot provided, you can notice the Windows Agent is online. Because of that you cannot install a new Bamboo Remote Agent because your current license only allows you to have 1 remote agent up and running.

As previously mentioned, you first need to bring the Windows Agent down before attempting on installing the Linux Agent.

How can i run task on linux and windows host consistently?

Your Bamboo Server is running on an Linux box (at least this is what the screenshot suggests based on Local Agent's name). Please, notice that Bamboo's server is also an agent capable of running builds, so you can run builds in Linux and Windows already without having to install a new Remote Agent.

If you need more agents, then you can also upgrade your current license so you can have more remote agents running simultaneously.