How do I detect deployment completion? 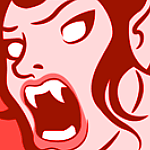 So obviously, its easy enough to figure out when the bamboo deployment task is complete, but unfortunately that does not mean my app has fully started when that happens.

I have an app that builds on bamboo, gets deployed to a server (via scp then ssh to start the service).  Once the ssh start command completes, as far as bamboo is concerned, deployment is complete.  However, I have a test suite I want to run against it once it's deployed, and it's not yet ready if I try to run it in a deployment project triggered by the service deployment project.

What's the best way to handle this?  Should I add a task to the deployment that pings an endpoint until it gets a valid response (with a timeout), so that the deployment doesn't show as complete until it's actually up?  Should my test deployment do the pinging instead?  Is there a better solution I'm completely missing? You mentioned correct solution - add script task to ping your deployed application to confirm it started. It will also allow you to mark deployment as failed if application can't start in given period of time

Thanks.  We were sure there had to be a better way, but this works