I'm a long time JIRA user. I've started a new job, and we decided to get JIRA, Bamboo and Bitbucket, for a fully integrated experience.

JIRA and Bitbucket are all configured nicely, and working perfectly.

Bamboo is a different matter. I've fallen at the (almost) first hurdle.

We've decided to try building in Docker, so we've created our own Docker image, based on the Atlassian Docker Agent image, with the addition of Maven and Ant. This has been pushed to a Docker repos in the Bamboo machine. Docker is installed on the Bamboo machine, and all works as expected.

I've created a linked repository, and all is well.

When I try to build the plan which uses the Docker agent, it fails instantly as soon as it calls "mvn clean install", it returns with a result code 137, which could be anything between "no", and a memory error. It's not like it gets halfway through the build, it's an immediate failure.

It only fails when calling maven in docker, from Bamboo. The only substantive difference is

Because it fails so quickly, it tidies up the files, and deletes the temp file, so I don't know what's going on.

Have I missed anything?

I think I've found the issue:

Make sure your Bamboo server is running and has remote agents support enabled. To enable it:

I tried rebuilding the docker agent to use localhost, but when it starts up, it complains (correctly) that there is already an agent running on the machine.

What environment options did you configure for agent? 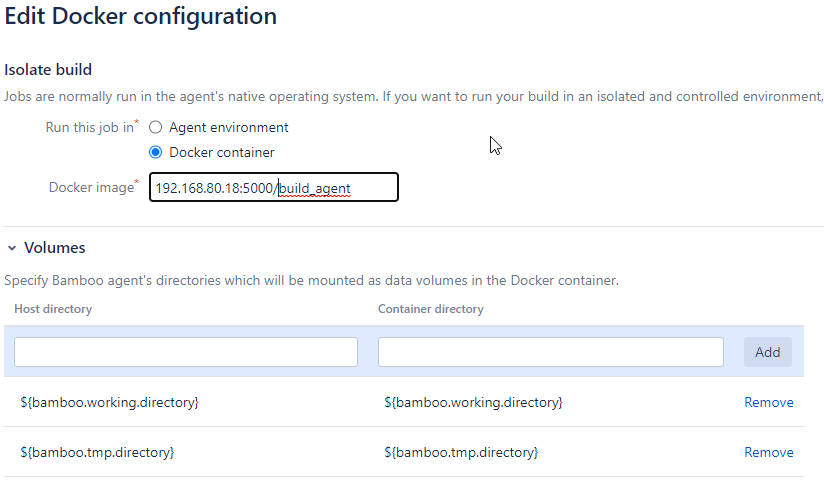 The agent config itself is pretty much the default.

I've added a Docker capability to this agent.

The JDK and Maven paths are common to the agent and host, so they're shared 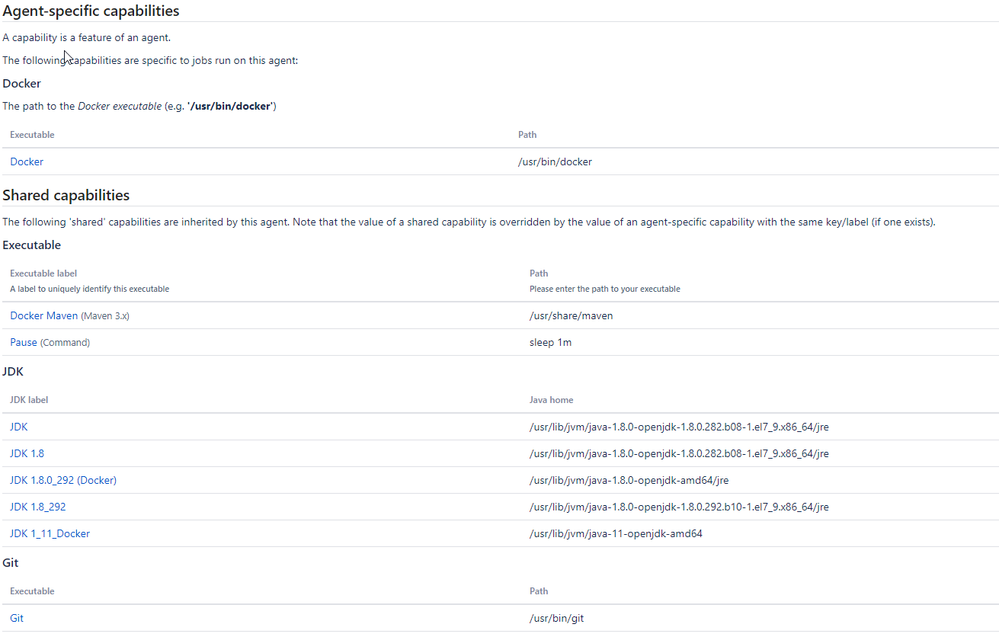 Thanks for your assistance!

I don't believe the problem is with maven itself.

I stripped everything back to basics. I removed the maven build step, and replaced it with a script step which just did  pwd & ls -la.

This failed with a permission denied error. I modified the docker config to add

This then worked. I was able to pwd and ls. Everything seemed to be in place and correct - the source was present.

I then extended the script to check for free memory - the VM was only 4Gb, so we bumped that up to 8. Once that was done, we had >5Gb available according to free -m.

This is then where things get strange.

If I try to run any command which takes more than a second or so to run, it exits immediately with return code 137. When I thought maven was returning with 137, it was actually the calling script.

and the docker-compose is