I’m Liam, a developer working on Automation here at Atlassian. I wanted to take the time to share a new option available to anyone leveraging the Edit issue action in Automation in Jira Cloud.

We’re always listening to the Atlassian community on how you’d like to use Automation in your organisation. Recently, we’ve had some feedback from people using the Edit issue action to set the Fix versions field on issues. You told us you wanted the ability to assign issues to the next upcoming release date, instead of whatever was at the bottom of the list.

Adding a release to an issue’s fix version field

As some of you may already know, the Edit issue action allows you to modify a variety of fields on a given issue, including the Fix versions field. Before now, you were able to select three options:

A new option: Next unreleased version by release date 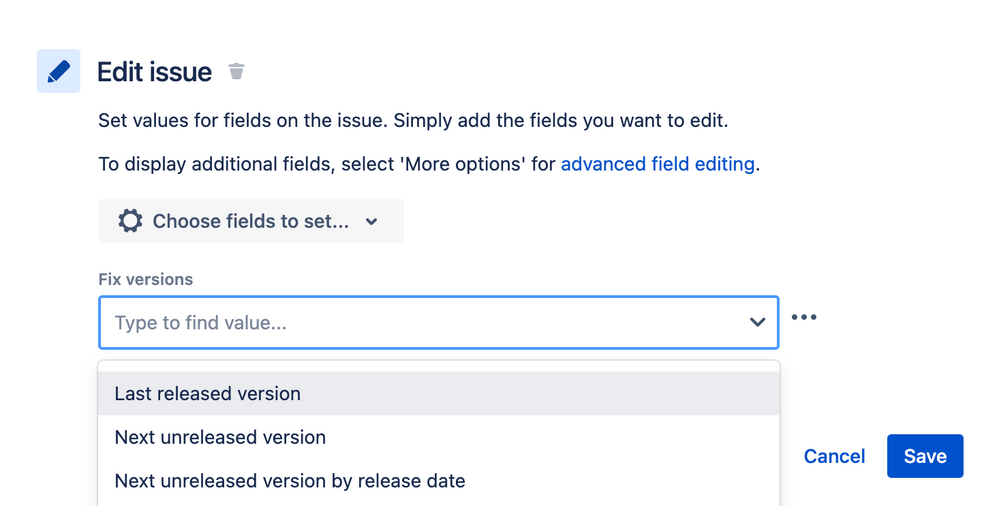 We'd love for you to give this new option a try and leave us any feedback you have, and if you have any ideas for how you could use this in your organisation, we’d love to hear all about it in the comments!