How one Trello user masters his Dungeons and Dragons boards

Here at Atlassian, we're constantly impressed and inspired by the creative ways that our tools are used. In particular, Trello's collaboration functionalities make it a useful tool that's frequently used both in professional + personal use cases. Read on to discover one Trello user's first-person account of how he uses Trello's functionality to (quite literally) slay at Dungeons and Dragons:

I am a big fan of Trello in my personal and private life. BIG fan. It's primarily meant to be a collaboration tool, but it is perfect for D&D (Dungeons and Dragons). You can create separate "boards" and on each board, put a "list" and on each list as many "cards" as you want. When you click on a card, you can attach files, write notes, and lots of other stuff. And you can drag and drop cards and lists to move things around.

I decided to try to integrate it into my DMing (Dungeon Mastering), and I'm never going to look back!

Here is a picture of my dashboard showing each of the tabs I keep open, each with a different Trello board: 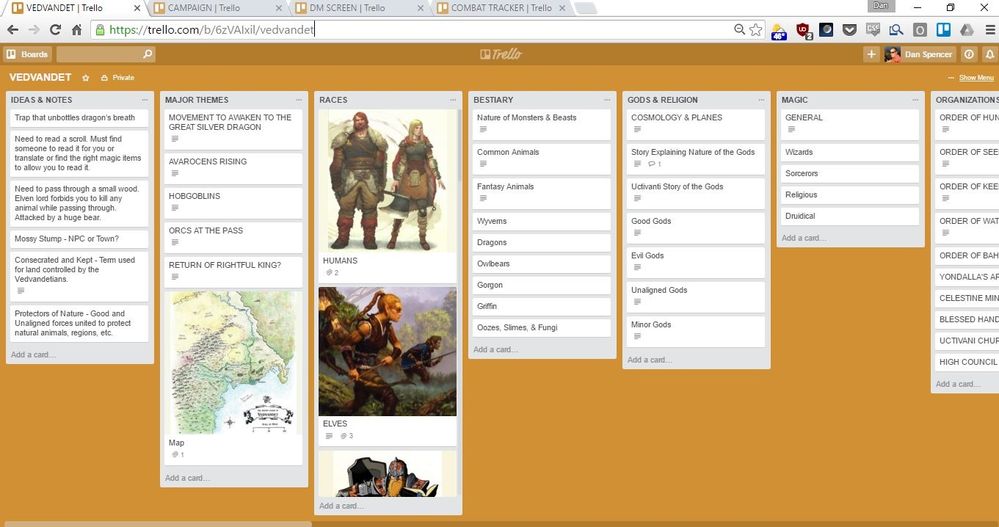 You can see the tabs along the top. The first board that's shown, Vedvandet, is just a reference board where organize all the information about my homebrew world. It's flexible and fantastic. I don't visit this board much during a game, but it's very handy in case I need to dig up some lore or answer a question and want to remain internally consistent.

The second board, Campaign, is the main board for running the game. Here is the right side of the board, along with a quick glossary of list names: 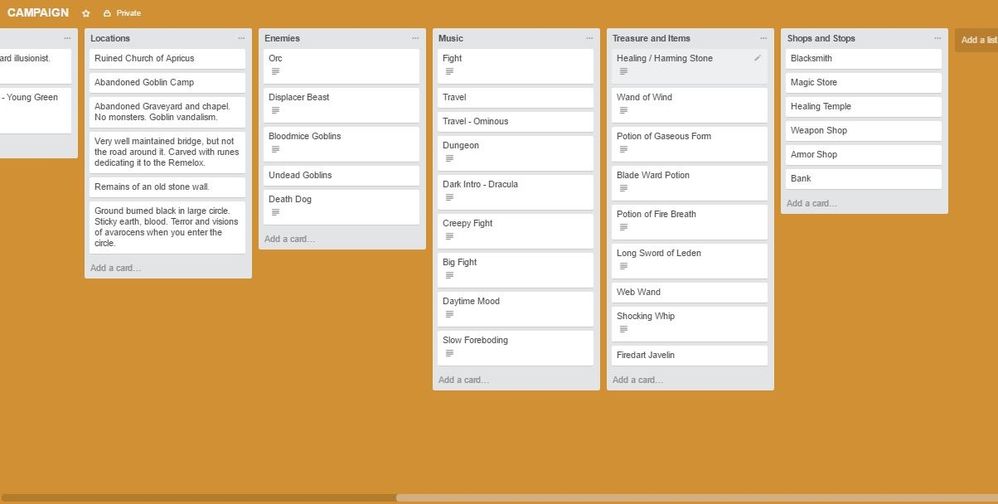 Paths - Where I keep track of the main themes running through the game so far.

Encounters - A bunch of possible encounters the PCs may have based upon past events.

NPCs - A list of the main NPCs likely to be encountered, and a card that huge list of random names in case I need to make one up on the fly. A master list of all NPCs introduced in the campaign so far is kept on the Vedvandet board.

Villians - Another NPC board, but with stats.

Locations - Specific sites the PCs may stumble across based upon their current location and where I anticipate they may go next.

Enemies - List of things they may have to fight. Each card has the enemies stats for easy access, also:

Music - Each card on the list has a link or two or three to a youtube video song that fits the theme. So I can change the mood at the drop of a hat.

Treasure and Items - Details on the back of each card.

The third board is my DM Screen, which is pretty self-explanatory. The back of each card has a description of the rule. Here is a pic of the right side of the screen: 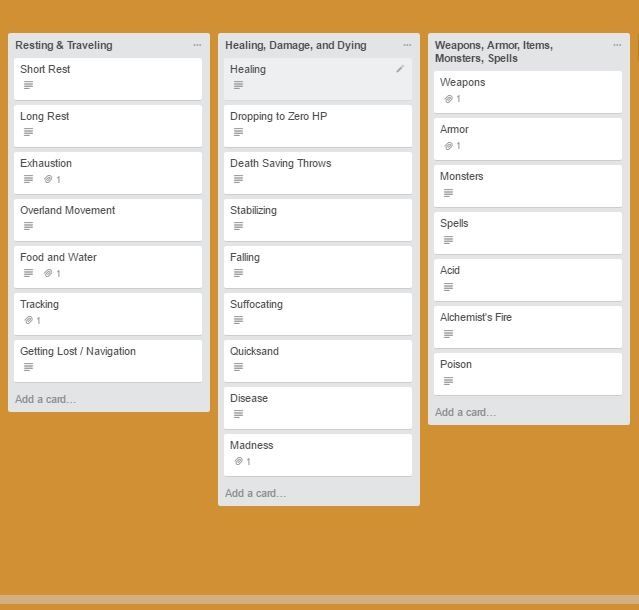 The fourth board is my Combat Tracker:

The first list is how I keep track of initiative. I then have 10 premade lists representing the first round ten rounds of combat. More can be added with a couple clicks of the mouse. In each round, I can add a card to denote when something important happens, such as a spell being cast which requires that character to main concentration or bestowing a boon or bane on an NPC or enemy. I also add a card on the list for the round in which that condition or spell wears off. Here is a pic of the right side of the board. Nothing too exciting to look at there, but man alive is it an easy way to track this stuff!

Awesome board!    Looks like a couple of the image links are broken to see the rest of the example boards, but they sound cool.

@Gregory Van Den Ham, thanks for the callout! I've updated all the images :). Enjoy! This is legendary!!!  I just shared the link with our group's DM.  Maybe now it won't take three hours to just get through the entrance of the dungeon!

Whoa this is a thing I'm doing asap. I have too many notebooks for my campaigns!!!

This is so cool - I always wanted to learn how to play that game :) 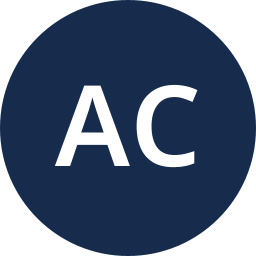 I've never played D&D, but I'm building a board to manage my gaming time as well. I'm a huge The Lord of the Rings Online (LOTRO) fan, but not being able to play as much as I'd like to, it's hard to remember all the expansion packs I own and the quest I want to do with my characters. Thank you for the inspiration! :)

Amazing--will def show this to my son!

This is a really unique and cool use of a Trello board! Thanks for sharing :D

OH MY GOODNESS YOU ARE A BLOODY GENIUS.

Glad I found this early in my DM journey.