Why can I not scroll horizontally in the Roadmap view?

Am I missing something where you cannot scroll horizontally in Roadmap view? If I want to keep the 3 month view, I need to be able to move laterally.

+1 this is hard for me to do as well using Chrome.

I use Roadmap quite a bit, and not being able to horizontally scroll honestly has made me consider other solutions. Would have thought this would be an obvious req for a Gantt chart tool. As far as I know there's no way to look in the past other than to move an Epic back.

You can select a manual date rate that goes back to the past, but that is it.

If an issue bar goes off the timeline (either into the past or into the future) then an arrow is shown on it (at the edge of the time frame) and when you click on that arrow the timeframe will adjust so that the start or end (depending on which was out of sight) is shown.

There are also presets and the ability to set custom date ranges (both fixed and relative to the current day).

We are however looking at introducing timeline scroll in the near future but I can't commit to when that will be available.

To provide some context here (especially on reviewing issues in the past) it's worth noting that issues that have been resolved within a configurable period of time will not be loaded into the plan for performance reason. It is possible to configure that period for a really long range but there is a risk of a performance impact. Advanced Roadmaps is generally considered to be a forward planning tool rather than a review of what has happened in the past.

We do understand that people might want the ability to scroll, but generally as someone who uses the tool to plan for several teams I only ever need to see the current sprint and the next 6 or so sprints and using the custom relative date range works really well for this. However, we listen to the feedback we receive which is why we're working on introducing scrolling.

The lack of being able to scroll horizontally needs to be addressed. Changing the date is not a user friendly workaround.

The reason why I find myself needing to adjust the timeline frequently is because I often find I need to be "zoomed in" so that the move handles are available on shorter tasks (2-3 days). When I'm zoomed out the tasks are too small to "grab" for movement. When I'm zoomed in then my view of the timeline is limited so I need to frequently adjust to see forward and back. 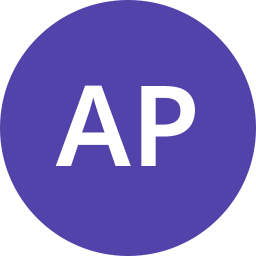 I'm totally new to Jira but maybe this is helpful: you have the "today" button to jump back to the current day. Further more you can choose if you want to see it per week, month or quarter. If you choose quarter you extend the range of the roadmap you can see.