I have created a number of dependencies between projects and one on one they seem to be reported on...I then created a project which has 5 dependencies against 5 projects. I recalculate, but when I run the report now, it shows only 1 of the 5 dependencies. Can anyone advise why ? Pic attached. 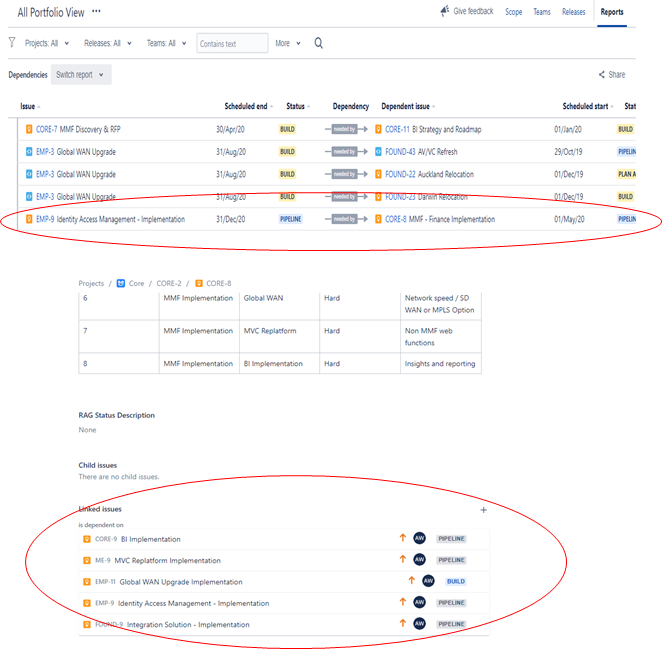 First, from your screenshot it looks like all the issues are in the same plan as I can see EMP and CORE issues listed but also make sue the other issues are not being excluded from the plan, as covered in the "Dependencies report" documentation:

This report allows you to see a list of all the issues, which have a dependent relationship between them within the same plan

Also covered in the same document has the plan been calculated since the dependencies were added?

All issues that appear on the dependency report are based on calculation. If you don't see all the issues you would expect to see, make sure your plan is up to date.

Next if the above options do not yield any change, check out the following thread, where other users noted running into a similar issue and were able to fix the issue by "removing and re-adding the Dependency link type in Portfolio Dependency settings":

As noted in the thread the issue that they were encountering was this Bug, but that particular bug was already fixed so something else is occuring here but looks like a similar outcome in the behavior.

Before you try removing and re-adding the values to see if it corrects the issue can you also check the browsers dev-tools settings in the  javascript console output to see if there are any errors while viewing the page that might indicate the error that is occuring and let me know if you find anything.

@Earl McCutcheon  Thanks for the feedback.

I have run the attached and there was one error. Unfortunately I have no understanding of what this means being a non techo. : 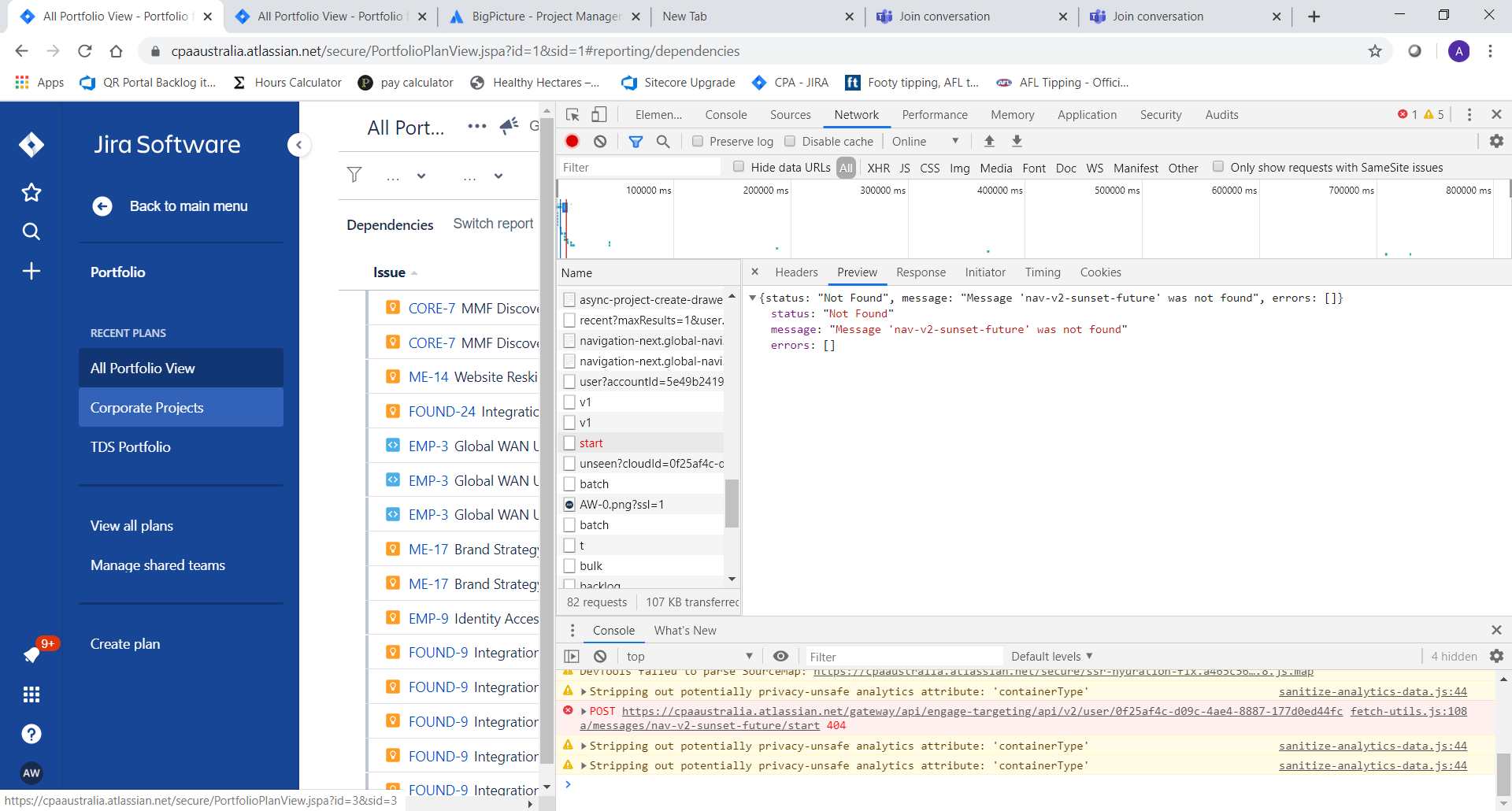