How do you handle when an Epic needs be mapped to more than one Initiative? 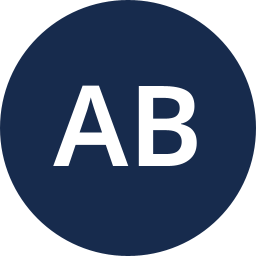 I have one board using "Release" entity as a container to represent mini projects within a project, and "Epic" to represent "area of work".  Some epics are mapped to different "Releases" so they can tell when they work on "Company Data" in Project A vs Project B and slice/view data that way.

How do I best translate this into a roadmap?  We're testing JIRA Premium to evaluate advanced planning and roadmapping for our needs.

Is there a way to map a "Release" in one Project directly to an Initiative in another Project, and visualize all the issue types mapped in Roadmap?

Or do I circumvent this by allowing for direct from Story to Initiative mapping when needed?

Thanks for raising this question... if possible I'd like to dig into it a little more so I understand it better.

When you mention "Project A vs Project B" are those the mini-projects you referred to earlier? Or are those Jira Projects?

You've then mentioned "Initiative" and I was wondering if that's a new issue type and hierarchy level that you've created above the Jira Epic issue type or if this is just an initiative as a general concept.

It sounds like you want to bring all those separate boards together into a plan and visualise them together? Is that correct?

Without introducing any additional hierarchy levels there is no reason why you can't bring multiple boards in to a single plan as the issue sources and you would then be able to use the view settings to group by release which would essentially give you a "swimlane" to represent each of your boards (you can also group in other ways - e.g. by project, team, etc).

It's not really possible to do exactly what you're suggesting (to map an Initiative in one Project to a Release in another Project as both entities would be scoped to their particular project.

It is however to create a Cross-Project Release within Advanced Roadmaps ... but this essentially just results in individual releases being created in each Project that are then linked together (but only in the plan).

If you could provide some additional information on your specific use case I might be able to make some other suggestions though!

I am testing JIRA Premium for Advanced Roadmapping and Planning features.  Initiative is a new Issue Type Premium incorporates above Epic.

When I try to create a Roadmap across Projects, each Team tends to use epics differently.  Some use it to identify a categorization like "Company Data" or "Data Ingestion".  So, when they have Project A and they have tasks associated with Company Data, and Project B, the same, they map them to that epic, and use "Releases" to visualize the different mini projects within their JIRA project.

My original intent was a Initiative>Epic one-to-one relationship for Roadmap, but situation described above suggests will be challenging across the different teams.  We are going to experiment with adding "Parent Link" field that creates this mapping back to Initiative to Story and Task level.  If that works, then that solves my problem by allowing me to mapping select items directly to an Initiative when the how Epic doesn't apply.  Please share any additional thoughts you have.