How can i change the status in advanced roadmaps

Is it possible to change the status directly into the plan of advanced roadmaps, or do i need to go to the issue to change this? Having this same issue.  I'm guessing it isn't possible?

Seems like a basic UX behavior request.
Do I really need to open each ticket change the status and refresh the page?
Even via Bulk Action? 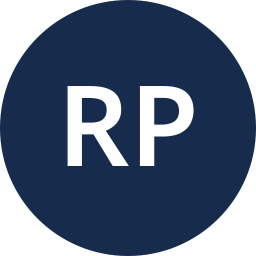 Any updates on this?

There are a few reasons why you can’t edit the status of an issue in a plan.

The first is because Advanced Roadmaps plans are a “sandbox” environment we’d need to ensure that it was clear that the change wasn’t having an immediate effect (and if it did, then changing the status would be different from all other changes). At the moment we aren't clear what the correct approach should be ... i.e. the updated status change is pending until committed, or the change is immediate.

Secondly, depending upon your issue workflow it might be a requirement to provide additional data to the issue at the time of changing the workflow. Arguably we could support simple transitions where screens aren't required to be completed on transition though as this would be a simpler problem to solve and might address the majority of cases.

So although we recognise that value in being able to change workflow status from within a plan, there are significant challenges to making sure that this is a clear and intuitive experience.

But the final reason is that there is a very simple workaround to the problem (i.e. to go directly to the issue and change the status from the issue screen). There are a huge number of feature requests we have and when it comes to prioritising them we take factors like this into consideration. The fact that there is a workaround reduces the priority against features where there is no workaround.

I hope that explains why this capability isn’t available at the moment - that isn't to say we don't think this would be an incredibly valuable feature. It's definitely something I'd like to see added but we only have a limited number of developers available and are unable to address all the feature requests as quickly as we'd like.

At the moment this feature isn't on our immediate roadmap so you shouldn't expect to see it added in the near future. I appreciate that this isn't the answer you're hoping for, but I just wanted to be honest and set expectations realistically,

Hi and thanks for updating!

Completely appreciate the rationale as you have explained it but I cannot see how enabling this change is different from say, the ability to reassign a story to a colleague or to create a new story under an epic. All of these changes are 'pending' until published to the Jira project and so, any advanced roadmaps user will know this as a default. As you mentioned, it is a "Sandbox" environment so this type of change shouldn't differ from the others.

Even in the example you provide of further info being required prior to transitioning in a workflow, this is imposed by the project and therefore, as you mention, roadmaps can simply support transitions where this is not the case (Simple transitions with no blockers).

Quite rightly, there is a workaround but I must say, it isn't a great user experience nor is it a deal-breaker. My logic is; for small change - big impact items like this, it's a no brainer...

I'm definitely not disagreeing with you @Steven Stroffolino ... and I probably agree that it would make sense to make the change pending until committed, I also agree that we could use the same approach as we do for required fields on commit... it's not that it's impossible to, just that it's necessarily a quick fix.

But in terms of priority let's compare with features such as Next-Gen project support, exporting plans as an image, support for editing description, additional custom field type support, individual capacity management, etc (please note I've just listed some common requests off the top of my head, these aren't all features we're currently working on!)... all customers have different perspectives on what the most important feature is and not all of them have simple workarounds.

However, I do completely agree this would be an incredibly useful feature and one that I would use on a daily basis.

Hi Dave,
any updates on this?
When planning product roadmaps cross-team we're moving many issues to a 'blocked' status. I see your points, I just checking in if that feature is now on the roadmap.
thank you!

Hi Atlassian's, How is your journey with #Atlympics 2021 so far....excited! Me too, same excitement. Here's my typical team planning and vision dashboard which I used to share to my management and ...