Can we embed Advanced roadmaps program on 'Advanced Roadmaps for Jira' macro in Confluence.

Programs are a feature dating back to an earlier version of Advanced Roadmaps, back in the days where the tool was called Portfolio for Jira. They were available in version 2.0, which was also referred to as live plans. Support for that version has been discontinued on July 31st, as you may read in this announcement.

You probably noticed that the UI of programs is different from the one used in you current plans. When the new UI for plans was introduced, the program view has not been updated. So the sharing capabilities for that view are not there either, as far as I know.

What is your definition of "Program" in this instance?

Do you mean, can Advanced roadmaps be a confluence App instead of a Jira App? If so, the answer would be no, as it is part of Jira Premium (on Cloud) and a Jira plug-in (Portfolio for Jira) for DC/Server.

Hello @Curt Holley , Thank you for your response. Here, programs are a set of roadmap plans in our instance.
You can refer to the image below: 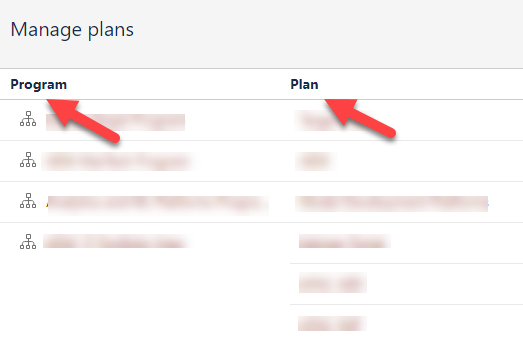 For Ex: Program A will contain multiple plans under it.

So when trying to add plan into confluence macro we have an option of generating shared link and providing the link in confluence.
Likewise, is there any option to add programs into confluence page macro.
Please suggest.

So you are using the plug-in on a server/DC instance of Jira I take it?

Regardless, I doubt that Program would be an option for the advanced roadmaps plans on confluence macro. As it is for sharing a view of a plan, not a whole program of work.

Thank you for sharing your thought on this @Curt Holley
Have a great weekend!

If you could Accept the answer these will help others with the same or similar questions find and confirm the answer.