Throwback Thursday: What’s the funniest/strangest animal you’ve ever owned as a pet? #TBT

My family did not have many animals when I was growing up. I am the youngest so my older siblings had ruined that for me - like one of my brothers had a hamster and then when he couldn't sleep at night, he put the hamster in the closed (which my parents bedroom was on the other side) and my parents didn't sleep well. Needless to say I never had a hamster...). I had some fishes and a parakeet. We did have a puppy for a while but had to let him go.

But then we moved to a house that had 2 garages. That is when I was allowed to get rabbits. They were really fun. But that is as exotic as it got for me. (Please remember we didn't have any wild rabbits in Iceland back then...) 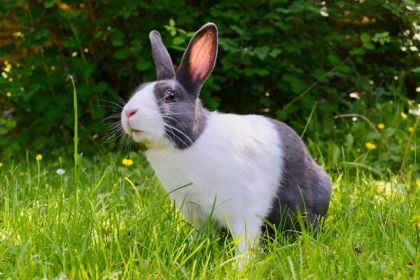 So, what is the funniest or strangest animal you’ve ever owned as a pet? I guess the strangest one for me retrospectively was a rat, his name was Odin and from what I remember, he was kinda huge. We loved him as kids, especially my brother. I don't remember much from that time though, so unfortunately I don't know how he ended up.

The funniest were always our dogs though.

I have had so many pets, including creatures I would find in the wild and try to adopt (unsuccessfully). BUT I think the one that stands out is my pet snake Dave. When I was 10, my dad really wanted a giant boa constrictor, and my mom was like absolutely NOT. So instead, one day he came home with a 3 foot rosy boa snake. (yes, my dad slept on the couch for a few nights) I was instantly in love with this snake. Dave and I became best friends and I played with him nearly every day. Once I left for college, my mom donated Dave to the San Bernardino Museum of Natural History where it was discovered Dave was actually a female, and renamed Rosie. She became part of their Museum on the Road program where we heard she was super popular because she was so friendly.

She was really the best snake, and if my roomates in college hadn't been so squeamish I might have had Dave with me a lot longer. She was a super cool snake.

A cat, nothing unusual about the fact that it was a cat, but what was unusual was that she would play fetch, What is even funnier is that neither of my dogs can play fetch to save their lives. So I had a cat that could 'dog' better than my dogs.

When I was Kid, my grandparents used to have hens / goats around the house. It was so nice playing around  it and still miss them.

I wouldn't say that I owned it as a pet, but I developed some caring for a spider that used to show up on my balcony when I was a kid. I recall picking up some mosquitos to feed the little spider, affectionally known as Mrs. Brown. Obviously, I had no idea what I was getting into. My grandma said that I didn't see the same spider, which is terrifying, but I was pretty sure I was. It lasted a few weeks; I think my grandpa had found a way to get rid of that before I got too attached to Mrs. Brown.

ive had many many pets having grown up in the woods, log cabin, outhouse.. the whole shebang..

the most interesting one, by far, I didn't have until i was 19 and had moved to california to pursue a career as a vocalist/musician/ entertainer.

I ended up singing background for a rastafarian freestyle rapper and i had a duck named Petrie who followed me around everywhere and would bite anyone who came close.

A small-mouthed bass. I didn't own it and didn't bring it home, but I did train it, in just an hour, to wait for me to turn over rocks that might have crawfish underneath them.

I was snorkeling in a lake, picking up trash, and noticed a fish lazily swimming about 20 feet behind me. It seemed curious and followed me for about a half hour. When I turned around to head back to my starting point, it did the same.

I knew they ate crawfish and thought it might be cool if I could watch it eat one. I turned over a few rocks under water, found a bug underneath one, and fanned it toward the fish. It took some time for it to spot the bug and then sucked it into its mouth in a flash. It kept following me, I kept turning over rocks, and shortly uncovered a crawfish. I fanned that toward the fish, it sucked it into its mouth, spat it out and sucked it in again, then swallowed it.

Soon it was watching the rocks like a hawk, hovering inches away and darting in immediately if there was a snack underneath. I wound up feeding it 6 crawfish that day. It got so tame that it let me touch it on top of the head.

2 days later I returned to the same spot. After about 5 minutes, it swam up to me as if to say, "Where's my lunch?!?" I knew it was the same fish because of its markings and tameness. I fed it 4 more crawfish that day.

The working world called me away from the lake the next day. When I came back 3 weeks later, my friend was gone.

I haven't had the heart to go fishing since then.

I have never kept any strangest animals as pets. But I am a dog lover and have kept them as pets. I find them very funny and playful.

I don't think I ever had a pet in that sense. We had loads of animals and I loved all of them, including one sheep named Longie (cause she was so long :p) who loved eating boiled potatoes. They all had names and, like I said, we loved them all but we'd usually end up eating them so it didn't really pay to become too attached. :p