Is there a way to link multiple trello boards together other than attaching or a freemium power-up?

I've been using Trello for a couple of months for the organization of mostly personal life and some projects I'm creating for fun.  It started off as one big board but I ended up with a lot of lists and lots of cards on the lists.  I installed a Chrome Extension that squishes the horizontal layout (which made for lots of scrolling) to a page view layout but even that can get pretty messy when you're moving cards around to different lists or even in the same one (for the ones with lots of tasks or details).  So multiple boards were made for some of the bigger projects, but I do a good deal of freelance work in web design and writing legal documents so there are some things I can work on and kill two birds with one stone, so to speak, but it can also get into a lot of cross-referencing among cards.

I haven't really gotten into all the guts and inner workings of Trello but the lists and cards on the project boards are getting a little cumbersome so I started looking for ways to link them together to make micromanaging them a little easier.

A quick google search found this article from Trello's blog  It didn't go into any steps but from the animated picture, it looks like they just linked another board URL as an attachment on a card on the "master" board.  This is okay for saving a few clicks when hopping between boards but that seems to be it.  Then there was this second post that did address linking cards, but this becomes problematic when you're working on a sort of hierarchy structure of different cards on the same list.

So I turned to browsing through the different Power-Ups available, Outside of the normal version of Trello being limited to only one power-up for no charge difficult enough (because for what I want to do, I mostly use the Custom Fields, Google Drive, or EverNote) but many of the power-ups themselves were "freemium".  Trial days, only 5 cards, etc.  While I understand that Trello and the companies offering these Power Ups are businesses and they need to make their money, I just don't think the total cost I'd be spending would justify boards that are mostly for personal use.  I love Trello because I'm a visual person and I like the ability to move things around rather than just work off of a checklist-style list where one task has to be completed before the next.  And, lol, to be honest, I'll probably still be using it even if I end up having 100 different boards with different, but connected purposes.  (*cough*suggestion:hierarchies*cough*)

I didn't know if I was a power-up that I was overlooking or maybe an article from Trello itself that I missed (because somehow I didn't find the second article until days later).  Or maybe other community members and users have found some nifty tricks or have tips to share.

Thanks for any help! 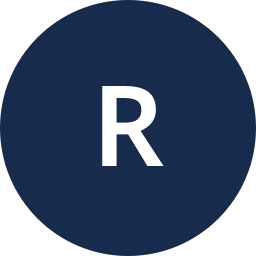 Thanks for reaching out about this.

Unfortunately I am only aware of paid options which allow you to do this syncing. We have an article with a few different options here: https://help.trello.com/article/1097-mirroring-cards

The option that is best suited to you, will really depend on how much syncing you plan to do. If you only do a few syncs one-way, then Zapier might be a good, inexpensive option.

Maybe someone else in the community knows of something else, but for my knowledge it is only paid options.

I hope this helps to clarify!