I think the color in the active commit texts is wrong, since it should be white as it has been until version 3.1.3 (before theme stuff was added). Then in the following versions (3.2.2 onwards) the text color began to appear in black.

This happens at least in windows 10 (I have already tried on 2 different computers). 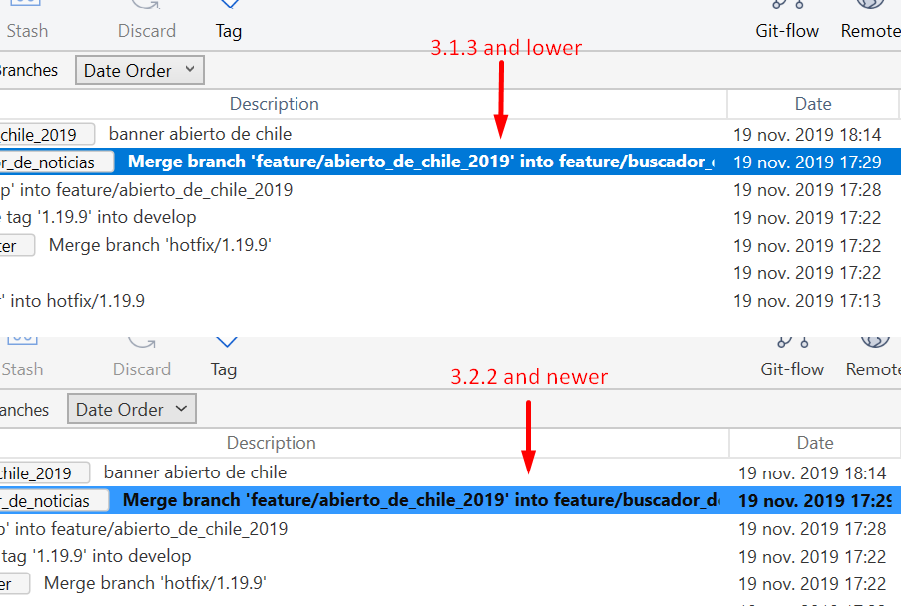