I tried commiting, the commit works with the real file, and also reverts fine, but the shown diff is always wrong. Altering stuff in N++ and saving resulted in a still wrong diff, that some times showed a +/- of lines that were unaltered and mostly showed the altered line (i experimented with the Windows 8 line ) as unaltered.

A diff using the diff tool from TortoiseGit was normal and correct.

Just to be clear: I doublechecked that N++ and Sourcetree are seeing the same file, by altering it in N++ and seeing the file change in Sourcetree - so this is not about looking at different files, this is some bug(?) in the ST-Diff (not the actual storing of files, just the showing of the differences)

Anybody know what causes this? It is very disconcerting to not be able to trust the diff.

Screenshot from Bitbucket, of older version of the file, with "Windows 8" line as part (?) of Line 33 ?? 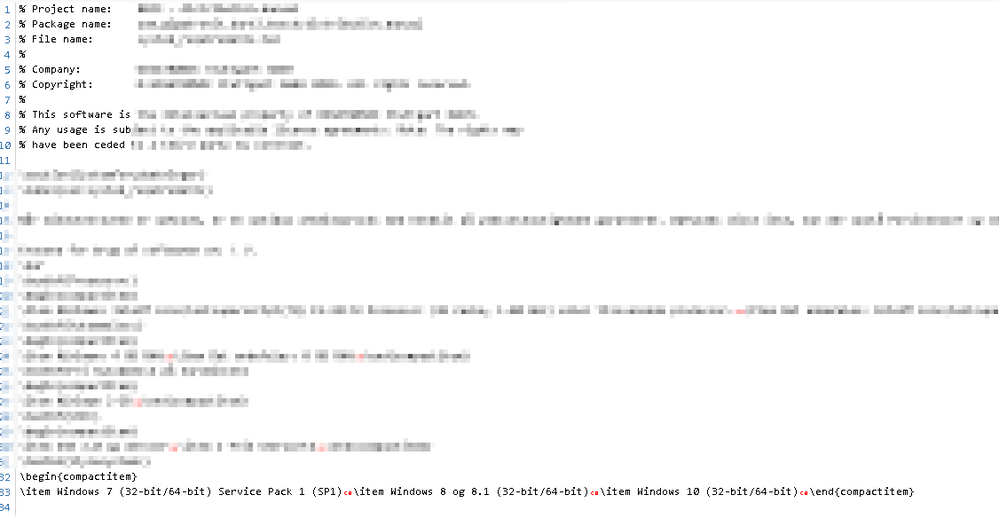 This is an excellent bug report. Please file these details in our public tracker, https://jira.atlassian.com/browse/SRCTREEWIN, and we'll take it from there.

There seems to be an issue with CR as sole newline character, that (seemingly) won't get fixed: https://confluence.atlassian.com/sourcetreekb/diffs-do-not-render-correctly-due-to-an-old-style-mac-line-endings-265902596.html