Show us your wfh beverages

One of the best things about working from home is that my husband makes french press coffee for us every morning. I put mine in a cafe au lait. 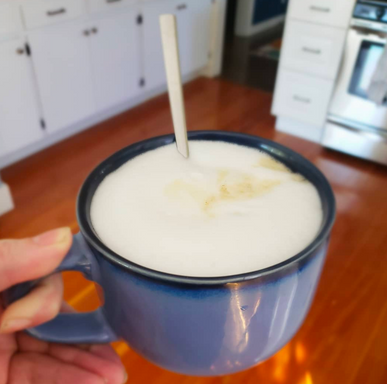 Surprising no one, this is the mug for all of my coffee needs: 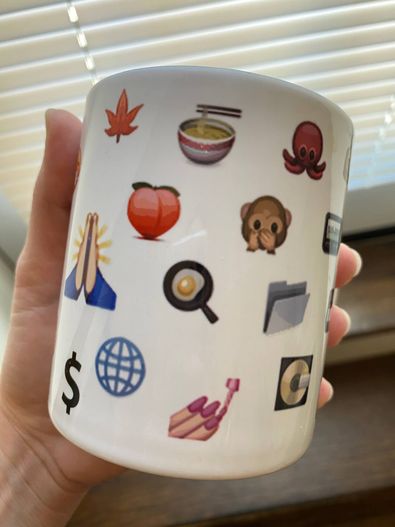 During the day I am drinking water and basic black tea with milk. I might mix it up with white tea, flavoured decaf black teas, or sparkling water once in a while.

My preparation last weekend included a trip to the liquor store. Over the next few weeks I have 3 different RTDs to choose from when I need/want an adult beverage: Our drinks are simple - made from sparkling water, fermented and distilled cane sugar (alcohol) and real fruit concentrate or puree.

Not only do these drinks taste great and are low on calories, Native's business model includes actively supporting native wildlife (https://www.nativesparkling.nz/nativespecies). 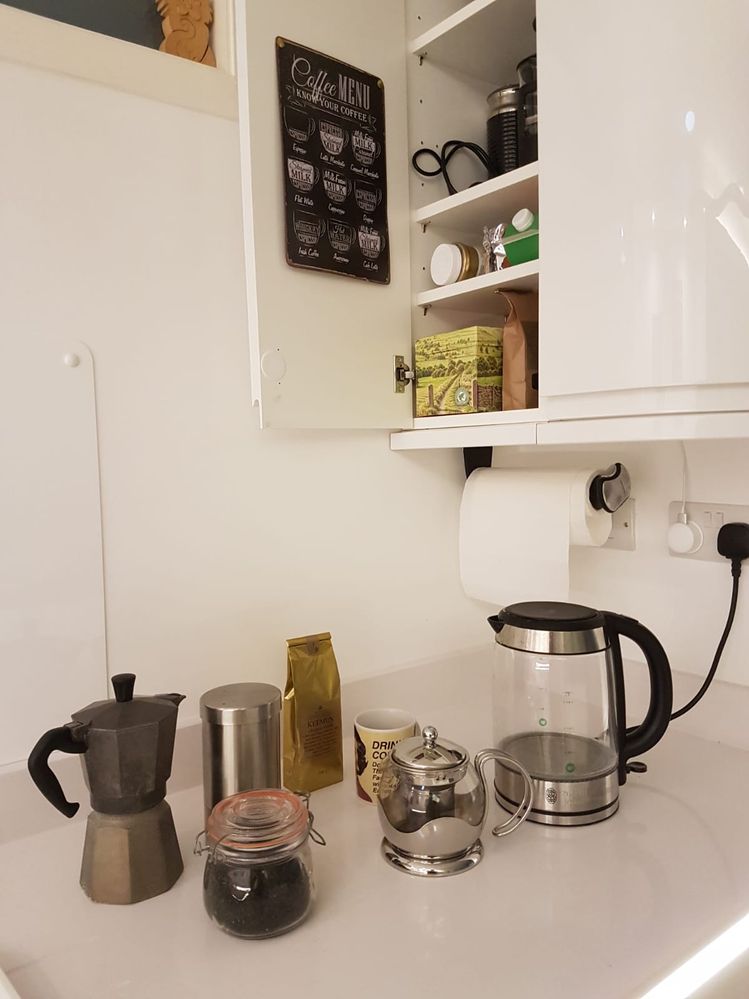 No change for me, this is my usual stash.  I make up my mind if I'm drinking tea or coffee at breakfast and tend not to swap during the day.

During work hours I just drink water, I'm not really a fan of hot beverages period, and as such I have never found the need for a fancy mug.

My after work beverage collection looks a little like this: 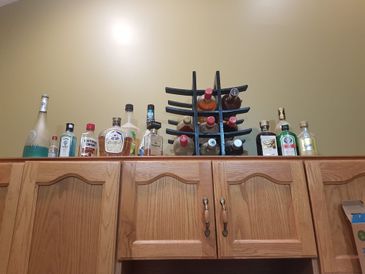 It's also worth noting that I really don't drink that much or that often we just collected a bunch of things from our house warning party many years ago and we still haven't gone through everything. 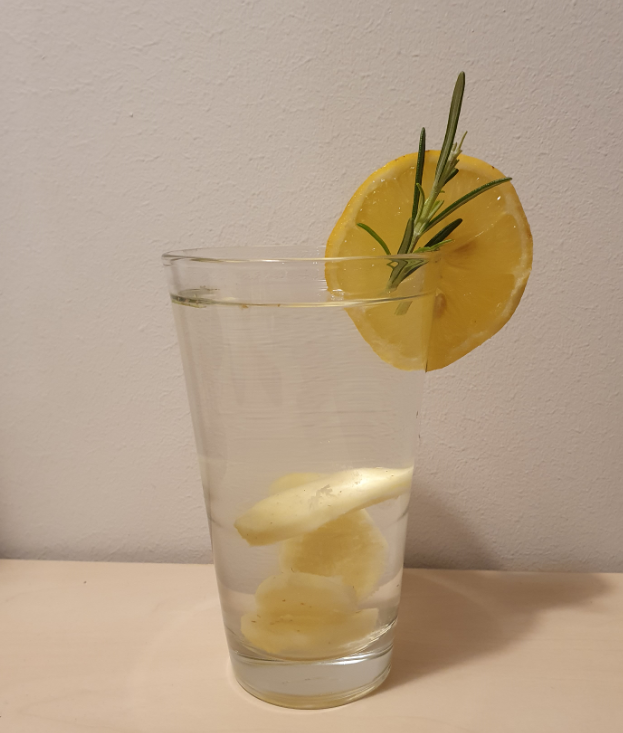 When still in office at the beginning of the year there showed up a trend for ... ginger!
Not only during the cold winter months but also now when it is getter warmer outside I like it. Okay, meanhile I prefer some slices of ginger in cold water instead of a tea-like beverage.

Is it healthy? Oh yes, at least internet says so - it is reported to have some positive effects.

Sometimes I add some lemon just for the show or a few drops into the glass. Same for the rosemary - but wait, rosemary is reported to work against viruses. Probably this was just of a strange intuition these days to attach it.

Ah, I forgot - the ginger should not be peeled. Sometimes I do it - depends on the mood and also if the corm aged a few days.

Less coffee than I thought 😌 and a lot of herbal tea of water. Everything non-alcoholic 😊

I like to make tea or coffee in a typical Czech "onion mug" - in the Czech language call "cibulák", which has a long tradition in the Czech Republic. 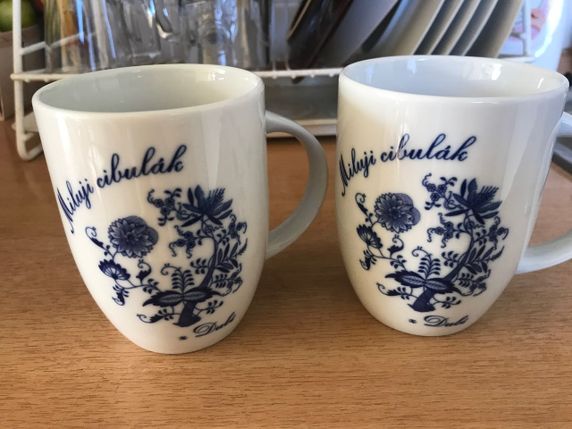 You can guess what's in there!

Here are my drinks!

Coffees for the daytimes and after-work-hours cocktails. 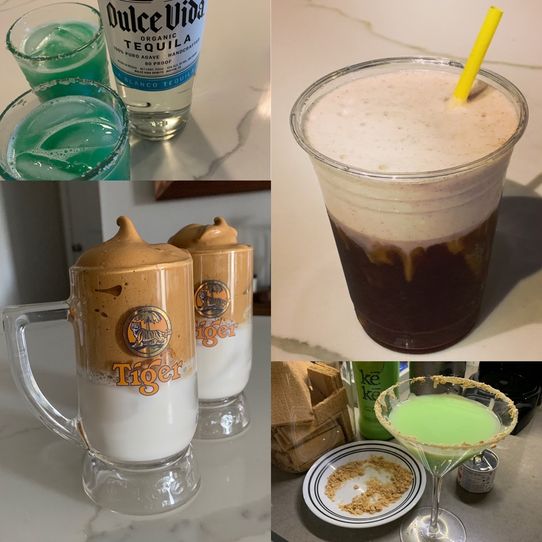