Miscellaneous Monday - Epic idioms with more meaning than we think!

What is the definition of "early"?

I like to do as many Miscellaneous Monday posts as possible, preferably every other week if other Community members aren't around. That means I normally think on the weekends as to what I wanna post come Monday am (my time).

This weekend I had a really nice one planned but that all changed when I woke up today at five o'f***ingClock in the morning. Thanks body clock.... noice! 🤯😲🕙🛌

That means that all I could think about, for the past four hours, was the saying "The early bird catches the worm". As I attempted to start writing my planned Miscellaneous Monday post, it was front and centre of my mind, and now this post is all about a really cool topic.... epic idioms with more meaning than we think!

There's more to it than meets the eye!

Idioms are so cool. They're like these little life lessons we carry around with us all the time... 'the early bird', 'blood is thicker than water', 'don't flood the school toilets by blocking all the sinks and running the taps' (that last one is a very personal one 😉😜)

For as long as I can remember my mother was always going on about "the early bird"... more to get me out of bed than anything, but it actually applies to a lot in life... get that high prio assignment done asap, be the first to the shops for the best bargains, etc.

However, it only truly became one of my favourite idioms in life when, in my early 30's, I learnt that it can actually be extended! You see, sometimes it actually doesn't pay to be early, or is beneficial to be the first. At times it actually is really useful when we are second. "What!?" I can hear you screaming...! "Second place is surely the first loser!?" (Another great idiom!).... and to that I respond with a new favourite idiom of mine: 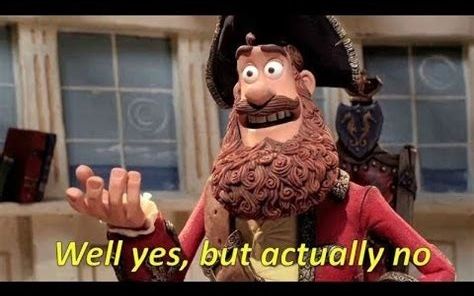 The extended version I am referring to is, of course: "The early bird catches the worm, but the second mouse gets the cheese"

Not just insightful and thought provoking, but DARK AF!!!! Wow! 🤪🌑

I really like the idea that sometimes we don't have to go rushing off and catch that worm... Il really also like and wholeheartedly believe that we actually need to just take our time and go through the motions; especially when it comes to achieving and being successful.

This brings me to another favourite idiom taken straight from the amazing book that is "Phil's-osophy": 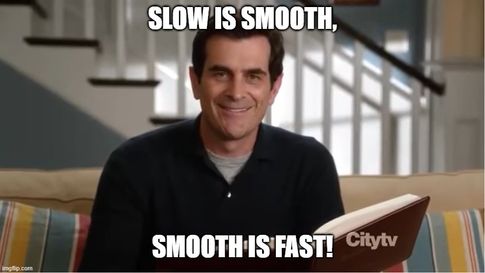 🙋‍♀️🙋‍♂️ So, what are your favourites idioms and which ones actually have an extended version that are very little heard of in day2day life, but are a must for others to know ❓

I feel like I need the full book of Phil'sosophy!

One of my favourite idioms, similar to the second mouse because it is a bit dark, and almost always used without the extension is:

I just love how simple and yet stunningly beautiful it is!

The extended idim that comes to my mind is "Curiosity killed the cat but satisfaction brought it back". I guess with nine lives cats have a flexibility with the mortality thing.

Learned this one from my grandfather, a carpenter, when I was a boy - "Measure twice, cut once".  I've re-learned that one so many times I can't count.

Had to think of this one @LarryBrock the other week as I installed a load of Gypsum Plasterboard all over the house:

Everything was "Measure twice, cut once" (your grandfather was wise man) and it looks great.. except for that one cut, that was done hastily and without proper measuring, and it is the one that sticks out like a raging sore thumb. Ugh...!!!

@Andy - PTC Redundant Been there done that. Joint compound is your friend and covers a multitude of mistakes. : )

In this case, better too long than too short @Andy - PTC Redundant !!

but I did find this amazing joint cut that I had to share.

Think twice before you speak ... you might be able to come up with a better insult.

When asked by a child how old she was, my mother replied "as old as my tongue and a little older than my teeth". Which gave them something to think about at least.