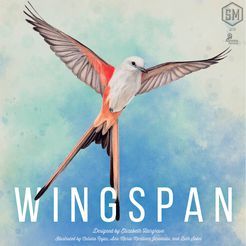 She wrote a long Twitter post (more precisely the post is composed of 17 single posts) after winning the award, there are a lot of thank-you's but also some remarks about women and diversity in boardgame design:

I never thought about male dominance in board game design, but she's right. There are much more male boardgame designers than female, there are many more Youtube channels for boardgames hosted by men.

Strange, isn't it? Is playing boardgames a men-thing? I don't think so - but if you look at the people at boardgame conventions, I would say two-thirds of them are male.

Can you think of a reason for that? Why do women don't like boardgames? Or is it just not true?

Addition: She also won the award "Deutscher Spielepreis" - this is an audience award in Germany

I love boardgames! But I never thought of it as a male dominant activity. I thought boardgames was a "group" built activity.

A majority of the people that I play boardgames with pretty equal on the # of girls and guys. We have board-game get togethers every couple of months.

I will have to check out this Wingspan game, my mom is a HUGE bird enthusiast and might enjoy something like this.

Never thought that it was so bad in the board-game industry although, as it seems to mirror the state of everything else, I am not surprised.

It's a tricky challenge to get people of various genders into a variety of industries as well as get the mix right.

Recently TU Eindhoven has started a "female candidates only" initiative but it's been met with some quite outspoken resistance!

@Thomas Schlegel love this topic! As you know Wingspan was my birthday gift to myself and it is such a fun game.

I'm part of a board gaming group that is about 60/40 men and women.  I know a few game designers and they are all men. Maybe my daughter and I will finally design the game she invented, called "Bored Rats." The object is to make the rats bored. (?)

Omg an Atlassian Community board game!

I ran across this in a local game shop.

Didn't know this! Thank you for sharing.