My resolution is as follows:

In the task of Sonar Maven 3 of Bamboo CI, configure "Replacement for illegal branch characters" as "-". This config is for replace the / in the branch name like "feature/xxxx" to "feature-xxxx". (You could see the screenshot for Sonarqube project name.) 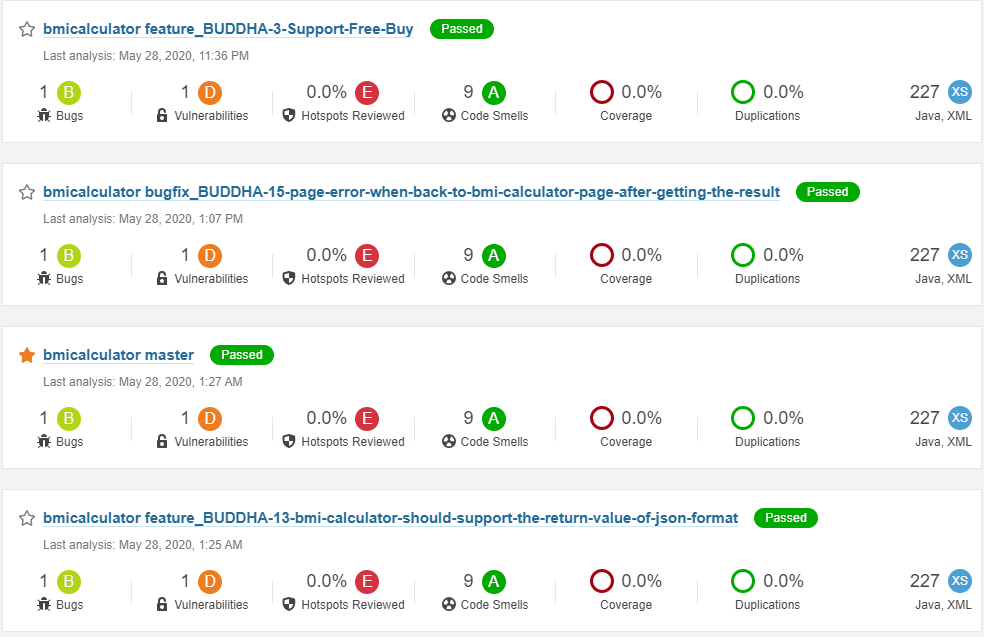 Sonar only allows alphanumeric, "-", "_" and "." characters in its project keys. Therefore, a "/" which is typically used in Git branch naming patterns (e.g., features/user-story-xyz) must be replaced by the provided character here. The default "_" is fine when you use Sonar for Bitbucket Server or Jenkins.

I understand you have found a resolution to this question.  Please post your solution here as an answer to the question (not as a reply to my answer).  This way you can then accept your own answer.  This can serve to help other users that might encounter the same problem again in the future.

Thanks for your reminder, Andy!