Recently, I have been introduced to some newer locally made hot sauces.  I didn't used to be big on spicy food, but I'm starting to enjoy it more.

My question for you this week is if you are a fan of spicy food and if so, how hot do you like it?

I will say that I'm probably in the low-mid range of spice level.  I'm no where near ready to try a Carolina Reaper.  But, I do enjoy something with a good flavor and a kick at the end.

I'd love to hear your thoughts and opinions in the comments.

Enjoy the rest of the week!

How is this related to Jira?

@Ramanna Sathyanarayana It's not.  The welcome center is about building connections with other members in the community.  As well as sharing everything that is going on within the community to help you find what you are looking for.

@Jimmy Seddon I have a very delicate palette. I am between Bell Pepper and Pablano. When I am feeling extra spicy, I'll do a Jalapeno dip - but that generally requires a healthy glass of water along with it. 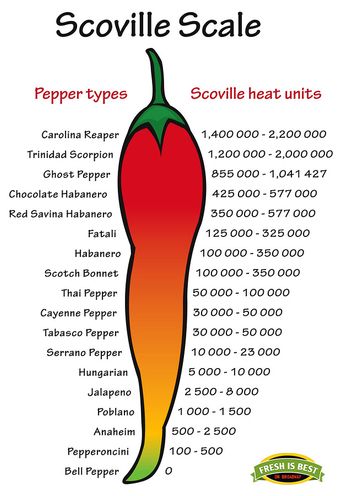 @Andy Gladstone that is good to know!  Based on the scale, I can do about the Habanero.  I have not tried beyond that, mostly out of fear.

I like a lot of sauces, but love these 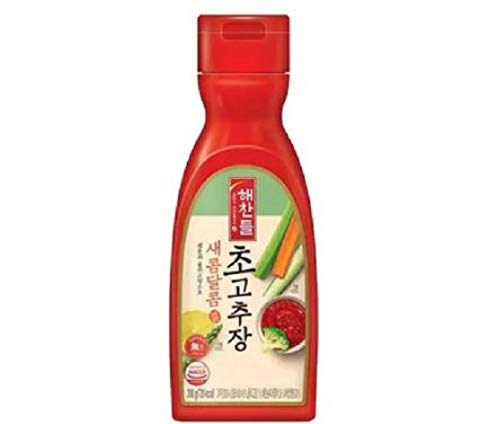 Thanks for the recommendations @Rob Horan!  I will have to keep an eye out for them.

El Yucateco is pretty easy to find. This variety is extra smokey.

The other bottle is a sauce called chogochujang - it is a sweeter, vinegared form of gochujang.  The two aren't interchangeable, though both are great.  If you have an H Mart nearby you can get a bottle easily.

I love fragrant spices more than hot spices.  I can take a bit of heat, but not a great deal. I love Indian and Thai food, and I tend to go for medium-hot dishes rather than the very hottest.  I like to be able to taste the food as well as the heat.

@Susannah I completely agree with you!  I'm not a fan of hot sauces simply to be hot (most of those I have found are vinegar based).  But I enjoy something that has a lot of flavor and a bit of a punch at the end.

What a heated topic! This really boils my blood. I don't want to be jalapeno business.. whew, I can't do this. But I do suggest you like spice, try Tropical Pepper Co. They're hard to find hot sauces since I believe they went out of business, but fantastic flavor with perfect heat. My favorite is the Ghost Pepper sauce. Super spicy, but flavorful. I've been eating hot foods all my life! But I don't always prefer it :) My favorite time to eat spicy foods is with Sushi or Thai Curry. 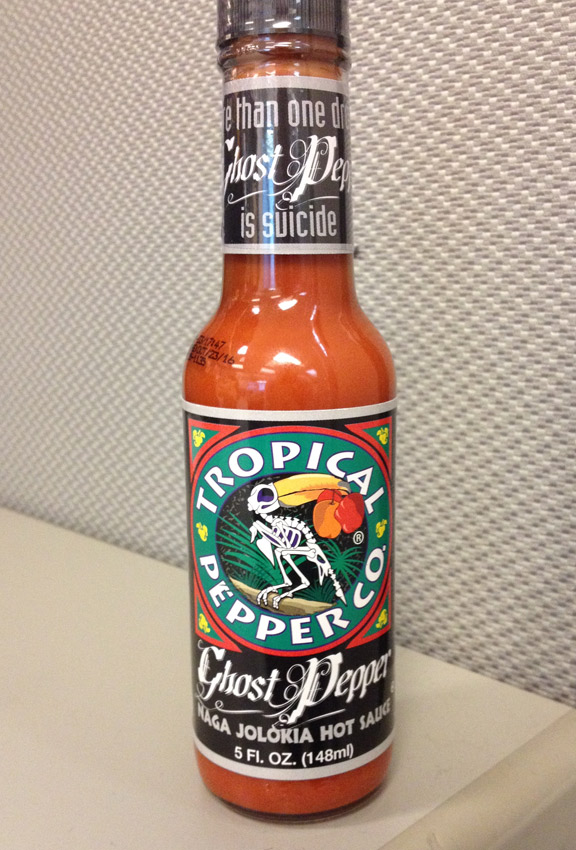 @Daniel Steffano I appreciate the puns!  Thank you!  Too bad this is hard to find.

Hey there! I'm fascinated by spicy and how it goes with food and drinks. I'll have to go with @Jimmy Seddon definitions, which puts me in the low-mid range of spice level, though I've tried Carolina Reaper. Recently, a friend has just given me a homemade hot sauce from Bahia. 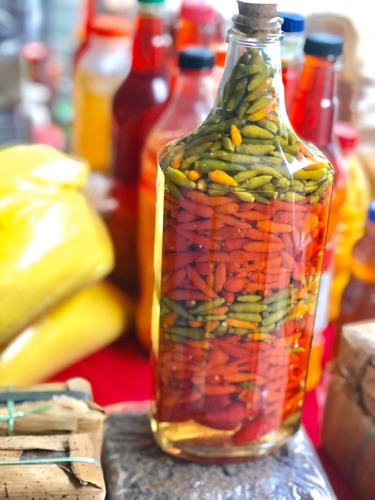 Honestly, how bad was the Carolina Reaper?  I don't know that I have the guts to do it.

I'm not sure what all I'm looking at in that jar, but it is super colourful and looks very interesting!

Carolina Reaper was pretty bad! It's simply too wild. The feeling of your whole face being put in an incinerator simply does not appeal to me. But I reckon you should give it a try someday. Just to cross that from the list. Oh, I'm not an expert but I do know that in Bahia they usually put dendê oil and all sorts of chili peppers for the base of the hot sauce.

It was a couple of friends who got me into chilli.  Before I met Sam and Marcus, I'd gone as hot as jalapeno on pizzas, and tried a dhansak curry.

Sam and I were the only vegetarians at a party so we shared one.  She wanted banana and chilli, and I'm always game for trying new stuff, so we got it (delicious by the way), but she complained that the chilli wasn't strong enough and Marcus went "hey, I can fix that", producing Serrano, Habanero and several others to try.

Before you ask, yes, we did all the "are you pregnant?" jokes at Sam for ordering that pizza, and yes, three weeks later she admitted she was.

Since then, I worked my way up to some quite hot stuff.  "Dave's insanity sauce" is a bit too far for me to cook with regularly, but when Marcus was playing his "let's try to kill my friends" game, I survived.

Nowadays, the hottest I go is a "Jhall Moricha", but I don't actually know what it is - I've only ever seen it in one Indian restaraunt (which happens to be my favourite).  I put it between a Jalfrezi and a Phal (which is a bit milder than stuff made with Dave's insanity sauce)

I am a fan of spicy food and spicy sauces, especially the Mexican sauces.

I like spicy food so much that even if the food is spicy or not, but on daily basis I eat a couple of raw green chilies along with my lunch and dinner meals (which is usually Indian food).

Have a great Wednesday, everyone!

I definitely like spicy food, but not over the top spicy. It's more about the flavor for me than the heat. I particularly like Cayenne pepper flavor vs. Jalapeno peppers. And like the ginger and curry flavors and heat found in Indian food.

Wouldn't say I like it that spicy. I prefer to taste the flavours than burn my mouth. That said though... I can handle it.

I once lathered all my Sushi in more-than-required Wasabi paste cause I was hating on myself and I felt like seeing how far from the bottom of the barrel I was. There was some way to go. Successful experiment.

And we once went to an Indian restaurant that served only the HOTTEST curries known to man. No other options... urrah! We all went full #JohnnyCash the next morning, if ya get my drift

I love it as spicy as it can get!!  Hot food is my favorite.  I put hot sauce on my hot link sandwiches.