All of a sudden, Sourcetree stopped enforcing husky git hooks to lint commit messages. Trying to commit an invalid message using the GUI behaves as if "Bypass commit hooks" is selected, but it is not.

I'm not sure if this happened because of an update to Sourcetree, I write valid commit messages from muscle memory, but over the last few weeks, I've seen invalid commits getting added by other developers. And, I've just now had time to look into it.

The above command will fail; however, typing the same commit into Sourcetree GUI succeeds.

Looking at the command history in Sourcetree, it shows that it's skipping the hook, but I don't understand why, this started happening out of the blue.

Just going to answer this myself. There is apparently a bug in the popular npm package I used to install the git-hooks, husky:

So, this was not a problem with Sourcetree, sorry :/

If anyone else finds this question, simply downgrade to husky@3.1.0 and that seems to work.

But, there is also bug filed against Sourcetree -- because the underlying cause of Sourcetree not being able to find NODE, is definitely a bug in stree.

I can't even find where the "Bypass commit hooks" option is in Sourcetree :\

@JarrodCN -- When you go to commit in stree, it's beneath the Commit Options... dropdown menu. 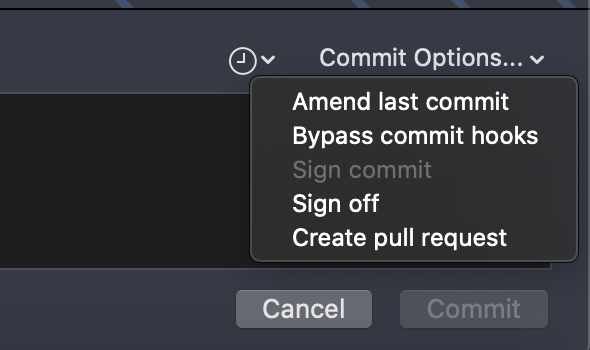