We use the Easy Agile Programs add-on.  We have over a dozen Trains and many dozens of scrum teams, in a very dynamic environment.  It's not uncommon for a priority shift of one sort or another to occur which might nessitate shortening or extending a PI.  That could take the form of needing to add another sprint (iteration), or removing a sprint or having to push a sprint ahead by a week.  No one can perfectly predict every eventuality in advance.  Just consider the past year...

I fear I know the answer... but I'll ask anyway.  How can an in-flight Iteration be adjusted?  Here's a scenario:

Easy Agile Programs will not allow me to create PI-2 because it would start before PI-1 was originally configured to end.  Why does Easy Agile forbid that?  I don't know, but it's not possible.

I cannot remove the last sprint in Easy Agile from PI-1 because in Easy Agile, once a PI is created it is not possible to modify the itteration dates or number of iterations.

I cannot even delete PI-1 and manually recreate it because the first several sprints have already been completed and so it's not possible to select them in a PI again.

I cannot even create another entire Program and try to create a new PI in a new Program, because Easy Agile will not let me select the scrum boards if they're associated to a another Program.

This rigid lack of any flexibility is proving to be a showstopper for us.  Is there any way to modify a PI in Easy Agile?  There doesn't even seem to be any workaround possible, short of perhaps ann new Easy Agile Programs creating dozens of new scrum boards to associate with the new Programs and then telling scrum teams to start working in different Programs and scrum boards for PI-2 (Which is not an acceptable solution, if that would even work!!?).

Are there any options at all short of just abandoning the use of Easy Agile and going back to the old school methods?? 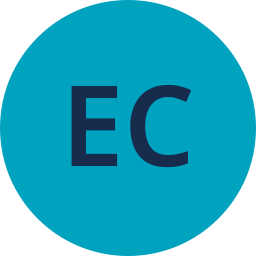 I’m Elizabeth, the Product Manager for Easy Agile Programs. Sorry to hear you are experiencing these issues.

We have identified that the current restrictions in our app are problematic for the reasons you have mentioned. In our next development cycle we will be investigating what we can do to allow for greater editing capabilities, in particular the editing of increments.

The workaround we can provide at this stage is:

We agree that this is far from ideal and will keep you updated once we have a better solution available.

We may have another solution that we’d like to discuss over a call with you. Could you please book in a session using this link and we will discuss further?

Thank your for responding.  We ended up taking screenshots of the Roadmaps, then deleting the PI and recreating it.  That was the only option I could see as well.

I'm very pleased to hear that you plan to make enhancements with respect to the ability to edit iterations within increments.

Since we've already deleted and recreated the increments, do you still want to meet?

Thanks for the update on your end. On the call, we were going to test another potential workaround however sounds like its not needed any longer.

We would be keen to chat with you at some stage to gather any additional feedback on our product but happy to work in with a time that suits you best - no immediate urgency at our end.

I will be sure to reach out to you again once our editing capabilities have been improved.

I'm hhappy to let you know that we have improved our editing capabilities and you can now add or remove a sprint from an existing increment.

Please let us know if you have any feedback on the release or anything else that would make things easier for you and the team.

That's great new Elizabeth.  Thank you for the update and for the excellent product and service that you provide!

Thanks for your positive feedback. Have a great day :)

@Elizabeth Cranston [Easy Agile] I am working with Andy's team since he has retired and I am looking at the Easy Agile area and cannot figure out where to go to "Adjust the length of an increment by adding or removing sprints". Can you point me to some documentation on this?

@Elizabeth Cranston [Easy Agile] Ok, I finally found it. Sorry about this. Thanks!