Do you remember Suzie? We met Suzie in Implementing Single Sign-On for Exciting Government Agency.

Suzie works as an Atlassian Product Support Specialist for a highly regulated government department we know as Exciting Government Agency (EGA). As an Atlassian Certified Professional, Suzie is trusted to find and implement solutions tailoring the Atlassian experience to suit the business requirements and meet the regulatory needs of EGA. Here is another one of Suzie's work stories.

The following is based on actual use cases. Only the names, locations and events have been changed. No Jira Admins were harmed in the writing of this article 😉

The IT team at Exciting Government Agency (EGA) have used Jira Server for almost 6 years. From the start, the IT team encouraged members from different teams to collaborate with them in Jira. Project Managers, for example, liked that they can see the status of work in progress by looking at the Scrum board instead of needing to interrupt the developers. Over time other teams started asking for access to Jira, and as usage increased they asked Jira Administrators for separate projects, team specific workflows, and additional Jira user groups to grant and/or limit access to different projects.

While performing regular maintenance checks, Suzie realised EGA’s Jira Server showed 492 users, too close for comfort to the 500 user limit of their current license tier. Suzie followed the same steps as when EGA upgraded from 50 to 250 users, and 250 to 500 users in previous years. She contacted EGA's Atlassian Solution Partner for a quote to upgrade their Jira Server license to 650 users in preparation for a meeting with Geoff in Procurement and the IT department team leader, Wilson.

With the response from the Solution Partner in hand Suzie met with Geoff. Jira Server licenses can only be upgraded to predetermined user tier levels. The next available user tier for EGA is to the 2000 user tier level, with a cost of $40,000 USD for the upgraded license plus the costs associated with upgrading the licenses on the Marketplace apps they use. This cost increase is the same regardless if EGA has 501 employees logging in or 1998 employees logging in. In preparation for this meeting, Geoff had also confirmed that Atlassian products used in EGA are all being billed internally to the IT department's cost centre. Suzie went back to her desk to think about what solutions she can suggest for EGA. 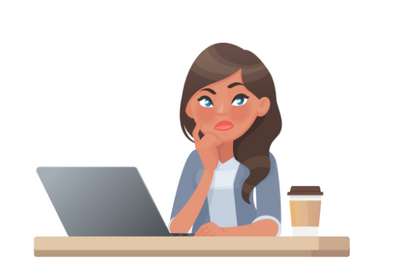 A short term solution is to delay when EGA will reach the current 500-user limit. Suzie could review who has access to Jira and disable access for anyone who has not logged in recently, after checking with their department team leader of course. Atlassian documentation on managing users tells Suzie how to check individual user login activity but she needs to be able to generate reports to identify those who have not logged in for more than 3 months and make bulk updates. It’s time to go to the Atlassian Marketplace.

The first app in her search for ‘user management’ in the Jira product category is User Management for Jira by TechTime. Suzie remembers TechTime from her recent project implementing Single Sign-On. Reading through the marketplace listing, Suzie is able to quickly identify UserManagement by TechTime:

Suzie is also interested in testing the automation options for managing users which could save her a lot of time in the future. It is great when an app has all your must-haves covered and has features you didn't know you needed or were on your nice-to-have list only.

During her 30-day trial, Suzie discovered 112 users hadn't logged in to Jira for 3 months and 78 of these haven't logged in for a year or more. With reports produced by running CSV exports, Suzie spoke to the relevant department team leaders and was able to inactivate 103 user accounts.

With the pressure of running out of licenses in the short-term reduced, Suzie has time to think of longer term solutions.

Suzie will request approval to purchase all three UserManagement apps by TechTime. This will allow her monitor inactive users by generating reports delivered to the Product Support team email inbox automatically. Suzie wants to set up schemas to run the test action weekly, with each Jira user group reported on separately using User Management Schemes. As each team leader becomes more comfortable with the process, Suzie can update the User Management Scheme so the inactivation happens automatically and the report is sent, rather than reviewing the test reports each week. When manual review is no longer required, the automated actions could be run daily. 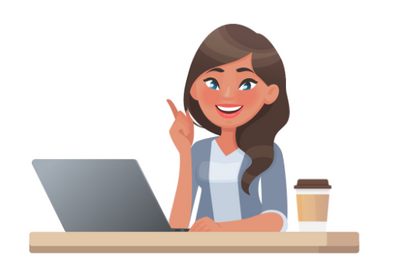 Suzie and Wilson reviewed the UserManagement reports for Jira and noticed only 90 users were in the group jira_it_team. Suzie suggested to Wilson the increased cost to upgrade Jira (and the apps used by EGA) to the next user tier could be funded by distributing the cost over all departments who are using Jira rather than being absorbed by the IT department as the last two license upgrade increases had been.

Wilson spoke with Geoff and the team leaders of the other departments who are using Jira about Suzie’s suggestion. Based on Suzie’s advice, the scalability that comes with data centre compatibility, and the known reliability of TechTime’s support, Wilson was able to give Suzie approval to purchase User Management for Jira, User Management for Confluence, and User Management for Bitbucket.

Whether you want to report on the adoption rate of Bitbucket, Confluence, or Jira; are a fan of automation and love the idea of dealing with inactive users automatically, regularly, and effectively; or make bulk changes to users - be like Suzie and trial UserManagement for Server and Data Center today.

No Jira Admins were harmed in the writing of this article