It’s entirely possible that right now, somewhere in the world, there is an Atlassian Community Event (ACE) taking place live. Pretty cool, right? In the past year alone, more than 800 were hosted by our amazing Community Leaders in cities across the globe.

The two biggest value-adds at these events are the content and the networking opportunities. Attendees enjoy deep-dives into myriad topics through presentations led by experts and sometimes even Atlassian team members. They can also chat with other folks who are using similar tools on a daily basis, ask questions and trade best practices. Whether you’re brand new to Atlassian products or have been using them for years, there’s always something new to discover.

Be sure to visit ace.atlassian.com to see if there’s an upcoming event in your city. 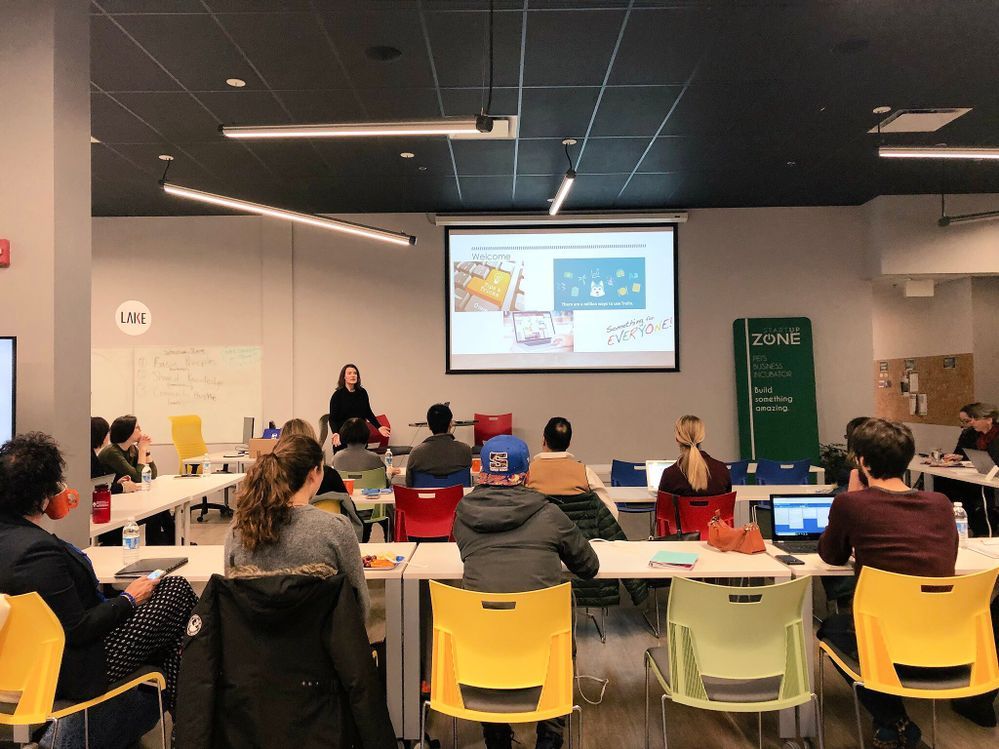 This is a recent snapshot from @Jodi LeBlanc's “Working Smarter (Not Harder) with Trello” event on Prince Edward Island, Canada.

If you’ve attended an ACE recently, please share in the comments below your biggest takeaway or perhaps a photo of your favorite moment! 😎

Magic moments for me are usually when people find out they know each other in different ways.

One not-so-magical moment was when I dropped a whole case of beer just before we started an event. Glass and beer everywhere!

@Matt Doar__ LinkedIn Best answer ever — I actually said "OH MY GOD" out loud when I read the part about the beer. 😆

I went to the recent London ACE, and saw how AWS is actively engaging in support for the Atlassian ecosystem.  The presentation from the AWS chap was wide-ranging as AWS is trying to be "all things", but he concentrated on people wanting to run Atlassian Data Centre on AWS nodes, with the database running on AWS as well, and how they're expanding support for Atlassian stuff.  It's pretty damn good!

But, that's just the last one.  I am not going to lie about it being the "most magical".  It wasn't.  My candidates for that would be:

I'd like to add "the one which wasn't in the UK because I was somewhere I don't usually get to" - closest I've got is Amsterdam.

I'd love to see how Toronto, NY, Berlin, SF, Munich, Tel Aviv, Moscow, LA, Mexico city, and, and, and, well, everyone else does it.

Yeah, I agree about people saying that pointing them towards Atlassian has changed their career

@Nic Brough _Adaptavist_ I love the anecdote about you showing someone that they can carve out a career with Atlassian products. And I think my new life goal is to be present for a Nic Q&A. 😎

So far, you've only missed four "Nic Q&A" (I'm assuming you mean "real life" instead of "keyboard sort-of-warrior-who-isn't-a-fighter-just-a-bit-grumpy).  I've only done four in the last <mumble> years, as public speaking terrifies me.

Two were events after Atlassian Team Tour days, and the other two were ACE's where I'd been a bit too loud and the ACE lead told me to either shut up or take the microphone.

In all four cases, it was because people I trust asked me to.  Three are in my original reply.  I'll do it again, if the right people ask, but I'll still be scared.

So many magical memories, one that comes to mind was a Trello PEI event held in August. We had two guest speakers - the first speaker was the individual that introduced me to Trello in 2015, changing my life from that moment forward. During the intro, I shared my story and how grateful I was that she introduced me to the tool. Our second speaker, was an individual who came to our first Trello PEI event, being first introduced to the tool via my presentation. Nine months later, he was using Trello for all aspects of his business, volunteer work and personal life. i had not realized he had included me in his talk, explaining how I introduced him to Trello and how it changed his life. It was really surreal seeing how the three of us helped each other, from Kelly to me to Mathieu, and who knows how far that went from Mathieu's presentation to another individual and so forth - the power of connecting, sharing and learning. 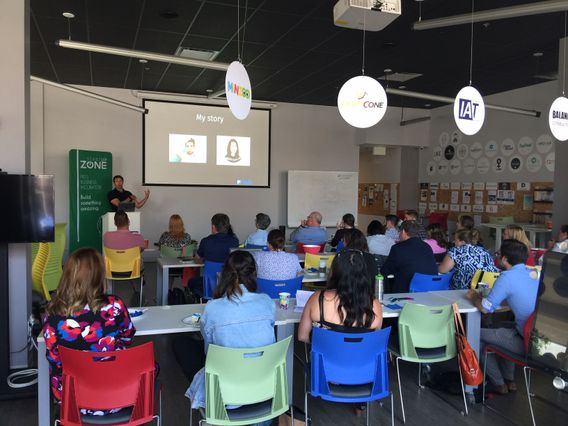 @Jodi LeBlanc I love this Community "flywheel" story as our team would call it — people helping people through shared connections. So cool, Jodi!

Love that name you and your team coined @Erica Moss - it describes it so perfectly :)

So far I have only hosted 3 meetings, but our most recent one (just last night) was pretty great. People there discovered they had worked together in past jobs and spent a lot of time catching up on where their careers had taken them in the meantime.

Fun was had by all. I introduced the group, which included some new users, to the Atlassian Community website where they can search for and post questions. They were quite interested. And some of the older users didn't realize they could become Community Leaders through answering questions that get accepted. I have a special place in my heart for the Denver ACE. The ACE leaders are so upbeat and have an infectious energy. I also had the opportunity to recruit an attendee who is now a co-worker. It's such a great place to network and learn.