I like modern new issue view in Jira cloud but apparently some fields are missing in the new layout. I can't see Security Level field which is available in old issue view. I've tried to configure new issue layout but there's no way to get security level back.

Any help is appreciated! Thanks!

As you might know, the New Issue View is still a lab feature on JIRA, so we are still implementing some features, including the Security Level functionality.

We have the following task to track our developer's progress:

- Jira New Issue view does not display the Security Level of an issue.

Feel free to vote and watch the suggestion to increase its priority and also receive notifications about any updates.

Let me know if you still have any questions. I assume you guys never implemented the Security Level view, since it still doesn't exist in the issues?

This seems like a huge oversight since it effectively makes security levels useless (you can't assign them to issues).

Thank you for your answer.

Actually, the issue security levels were implemented a while ago in the New issue view of Jira. The suggestion I mentioned before was successfully implemented for Classic projects:

To configure security levels, you can follow the steps of the documentation below:

If you are still struggling to configure your security levels after checking the documentation above, please do the following steps:

We are using the latest view, "next gen", if you will.

There's no point to the security level if it has to be set AFTER the issue is created. Since you can't set it when an issue is generated via email, then it's fundamentally useless as the default security level is then set to nothing so there's no restriction.

The only time it can be set before being visible to everyone is if it's set when manually creating an issue.

When I create a Project Automation component, select Edit Issue and select Security Level as a field to edit, it allows me to create this automation, but when it runs, it says the field doesn't exist and fails on that component. I believe this is due to the fact that while it should be available under Project Settings / Request Types / Issues View it is not - it just doesn't exist there.

I've tried instead to create a standard Automation, but I don't seem to be able to make this work, either. It seems to be it shouldn't require this level of complexity if other fields don't, but I'm willing to try anything that will allow setting the Security Level automatically on email creation.

The only "solution" I've heard mentioned in multiple other posts saying this still doesn't work right is to use a paid plugin, which frankly is BS as it shouldn't require paying extra. 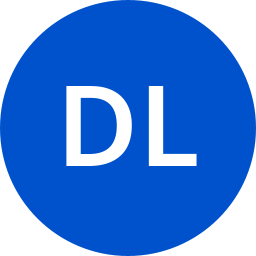 @Chris Shaffer I think what you're seeing (I may be wrong) is what I see for ALL fields with Jira Automation, the fact that if the field isn't displayed for the create issue function then the Automation for Jira account can't set it.
Maybe I'm missing something but it does seem like a poor limitation, I would've expected all fields would be available to the Automation account regardless of appearing on the UI or not.

Hi All! We’re excited to share the launch of an announcement banner that lets Jira site administrators communicate directly to their users across their  Jira Cloud instance.  ...