HTT: Is it okay to use black people in GIFs if you're white?

As someone who loves GIFs, this is not a perspective I've considered before!

Ultimately, black people and black images are thus relied upon to perform a huge amount of emotional labor online on behalf of nonblack users. We are your sass, your nonchalance, your fury, your delight, your annoyance, your happy dance, your diva, your shade, your “yaas” moments. The weight of reaction GIFing, period, rests on our shoulders.

This is something I'm still taking this in and trying to decide how I feel or what I think about it. Like, I enjoy finding RuPaul's Drag Race GIFs to express myself but I'm not a drag queen or a gay male. Am I appropriating drag culture? Do I need to keep the Alyssa GIFs and skip the Latrice ones? Or is it okay because drag culture is explicitly performative? I don't know....

Dare I ask -- how others feel about this?

Important discussion as we are all heavy memers! Here's an article I found really riveting on the subject: https://medium.com/@TheReclaimed/what-is-digital-blackface-and-are-you-guilty-of-it-89b983853b12

Black bodies and imagery are forced to do the huge amount of emotional work in these digital spaces for nonblack users. Caught in a continuous loop of “yaaasss”, “girl, bye”, and so on. We don’t want to be the sassy, angry, loud, argumentative, twerking, hair flipping, side-eyeing punctuation to your posts, comments, or emails. Black people aren’t here to be popular culture’s emoticons anymore than Black people are here to entertain popular culture.

So, if you find yourself constantly using Black women reaction gifs and memes, may I suggest using one from Mean Girls, SpongeBob or Arthur.

This is a very interesting topic. My initial reaction was one of defense - there's no harm meant by using gifs with black people, regardless of whether the person using it is black or not. But then I started to think through it further, and I think it's a very valid point. Some of the greatest memes and gifs (even videos - hide yo' kids, hide yo' wife) are of people of color, so there's got to be some possibly unconscious action taking place. Maybe it was meant as flattery or mockery, but it's common enough to acknowledge. Although there's a fuzzy line where if one isn't allowed to use a gifs that features people outside their race, where does that leave minorities who are under-represented in gifs? Are we simply left with cartoon and cat gifs? That seems oppressive, so something else to consider. 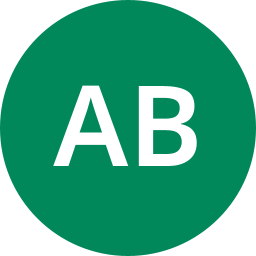 I think this is a good point. You say there's no "harm meant", but actions have both intent and impact. I think that most people don't mean harm, but it doesn't meant that the strong use of this doesn't reinforce structural inequality.

And I have far less of a problem with other minorities using this than White people, honestly (although still generally refrain myself, although will use them occasionally when the meme is just perfect for the situation). We always have to think of the context of power relationships in this case...it's why Black people can't / don't appropriate White culture: White culture is the dominant / most powerful culture in our society and thus isn't subject to the same kind of issues / extraction that Black (and to some extent other) culture(s) are.

Fully agree with the points you make!

Totally agree, @Aubs  about considering the context -- making minor adjustments is easier as a person of privilege, and if it makes POC or marginalized groups more comfortable, I feel like the onus is on me to adjust.

My initial reaction was also one of defense...and, as I thought through it and read more of the excerpt, more I found myself disagreeing even more. I recognize that my upbringing as a white, middle class, straight, male, American citizen affords distinct societal advantages today. I also recognize that the stereotypes I learned early in life are profoundly incorrect and I make a strong effort to not let them influence how I see people.

With that said, I feel that this idea of cultural appropriation is misguided. In the United States being "white" lumps an extremely diverse set of cultural groups, and it is "cultural appropriation" of these groups that creates what is collectively called "white." For instance, I am of German and Slovak decent. Does it make me insensitive to Irish Americans when I go to a St. Patty's Day parade? Or am I wrong for putting on a gi and practicing Tae Kwon Do? When I go to a yoga studio am I insulting Indians? Am I "allowed" to listen to hip-hop? Can I eat chitterlings and collard greens?

I would argue that the idea that only people that are born and raised in a particular culture are allowed to use elements from that culture is, in it self, racist. When we get angry or offended by someone from outside our culture using/wearing/eating something from our culture we feel belongs solely to us we are increasing the cultural divide rather than embracing our differences.

We as a people need to work together to eliminate "white privilege" as a  factor in the opportunities or lack thereof that are  available for people. Getting upset because a white guy used a gif of a black woman from some movie or TV show to express an emotion only increases the confrontational nature of race relations today.

I think there's an important definitional issue here that's making understanding more difficult. Racism, by definition, is not "different treatment between people based on racial categories". Rather, it is the different treatment by categories intertwined with a power dynamic that marginalizes one or more groups based on their racial category. That is, the arrow of racism doesn't go both ways / against the dominant group.

That doesn't mean that White people can't experience prejudice. They undoubtedly can and very much do. Also, Whiteness in American society is constructed, and many groups have been assimilated into Whiteness over time (see: Irish people and Italians). Because racism exists in context, it means that the ability for different cultural / heritage groups to *experience* racism (rather than prejudice) changes based on the definition of the dominant race in a particular society and whether it includes a particular group.

The argument around appropriation is not that people cannot participate in cultures outside their own. But rather, enjoying the cultural attributes and practices of those cultures without also understanding, respecting, and advocating for the *people* from those cultures is extractive and appropriative. So if you're calling people "fam" and using Black emojis, but don't (for example) have Black friends, inquire in the ways that you reinforce or participate in institutions that disproportionately or exclusively oppress or marginalize Black people and advocate for their liberation, maybe it's time to...not do that. (Definitely not saying that's you, as I couldn't know, but an example that's extremely common, especially in American society.) 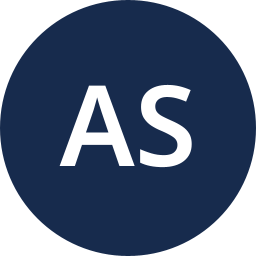 My thoughts are simple. Assume positive intent and celebrate each other.

I'd add a small corollary: Assume good intent, take responsibility for impact. Without that, we get stuck in this cycle of "Oh, I didn't mean be racist / sexist / whatever-ist" which doesn't actually mean the person on the receiving end isn't hurt and/or meaningfully affected. We can all reinforce these systems sometimes (this is really hard!), but I think we can move forward when we just say sorry and learn to do a bit better the next time!

Outrage is often expressing on behalf of other people. It is also often expressed with a whole lot of assumptions.

Segregation between people does not sound positive but we are supposed to segregate out entertainment and online expressions of emotions? Sounds like a lot of hard work and a good way to reduce people into communities of one. Or worse, into small pockets of groupthink and more extreme us-vs-them thinking.