Building on the @#WeJustNeedToPee discussion post, the Trans poster was found in a women's washroom. That floor of Simon Fraser University had Women's and Men's washrooms. The second floor was a Gender Neutral washroom. I went to visit it and it was just a single use washroom. These were the washrooms I seen previously however it still felt like segregation, separate spaces for Women, Men and Gender Neutral. 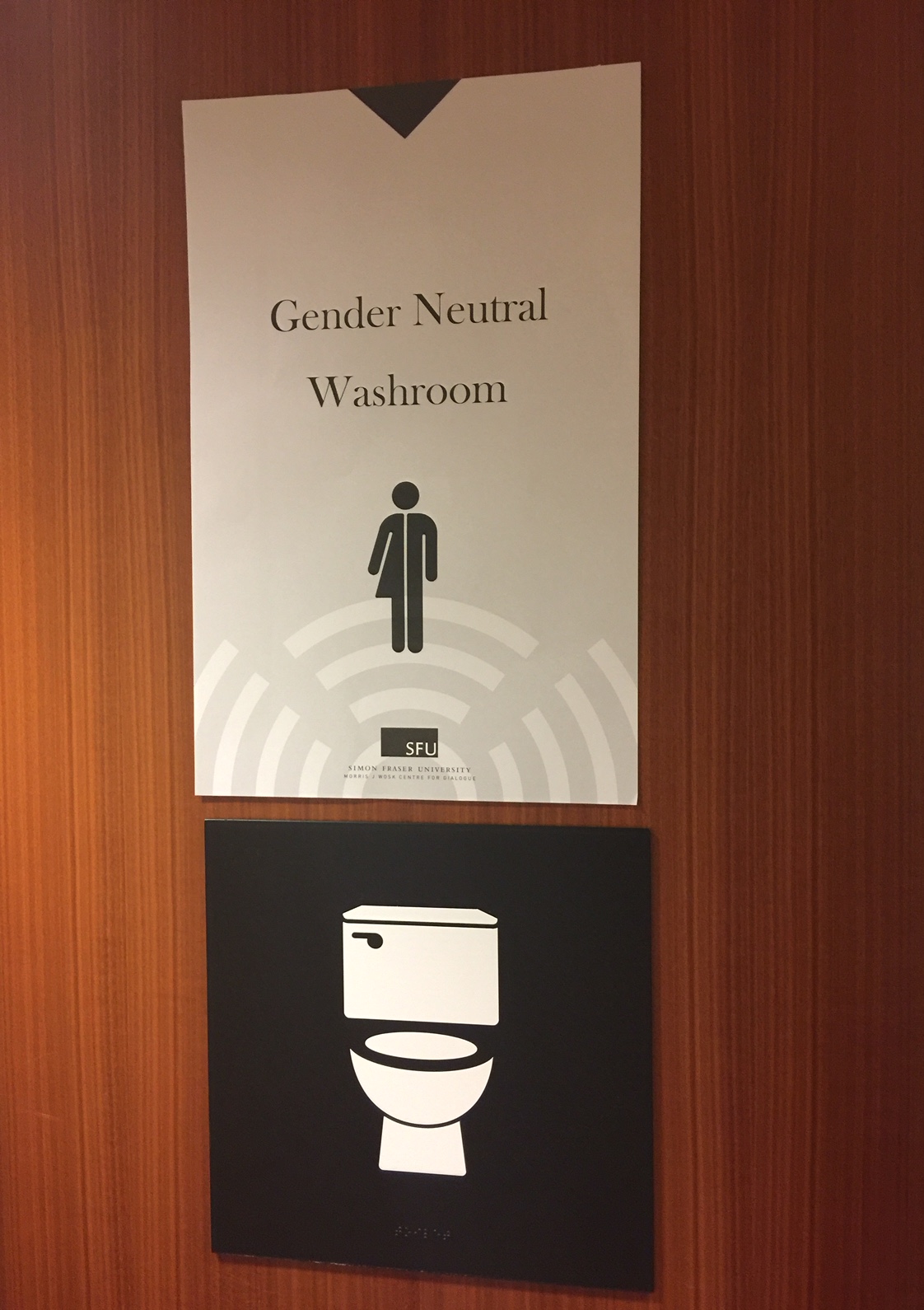 A SFU staff member told me I should visit the campus building across the street to see true inclusivity. These washrooms were amazing everyone went to the same washroom, and there were separate stalls for toilets and urinals. Here are a few photos. 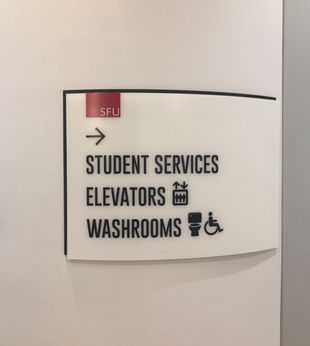 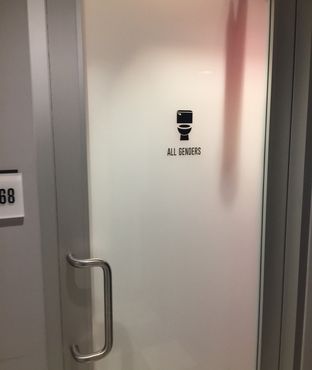 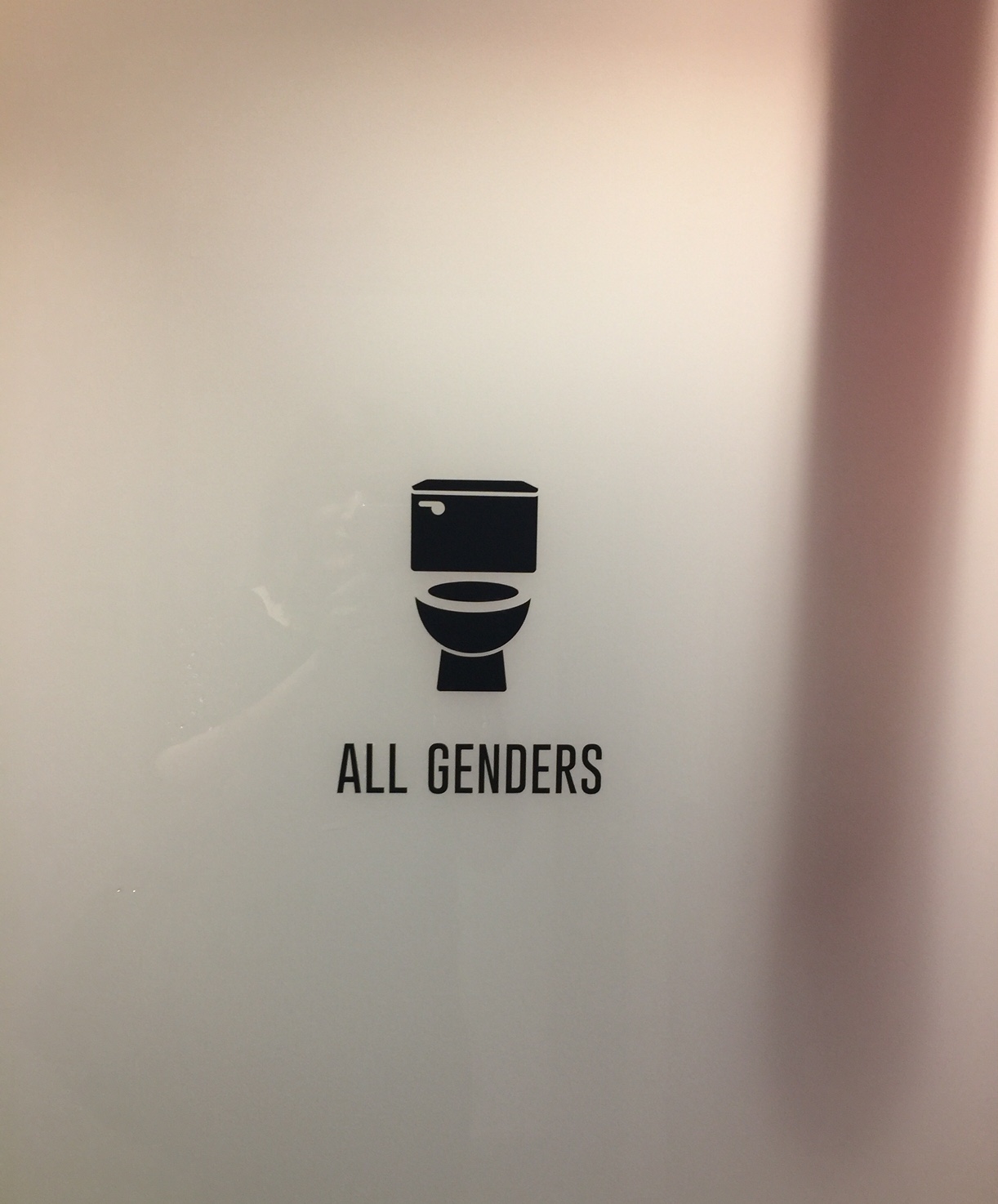 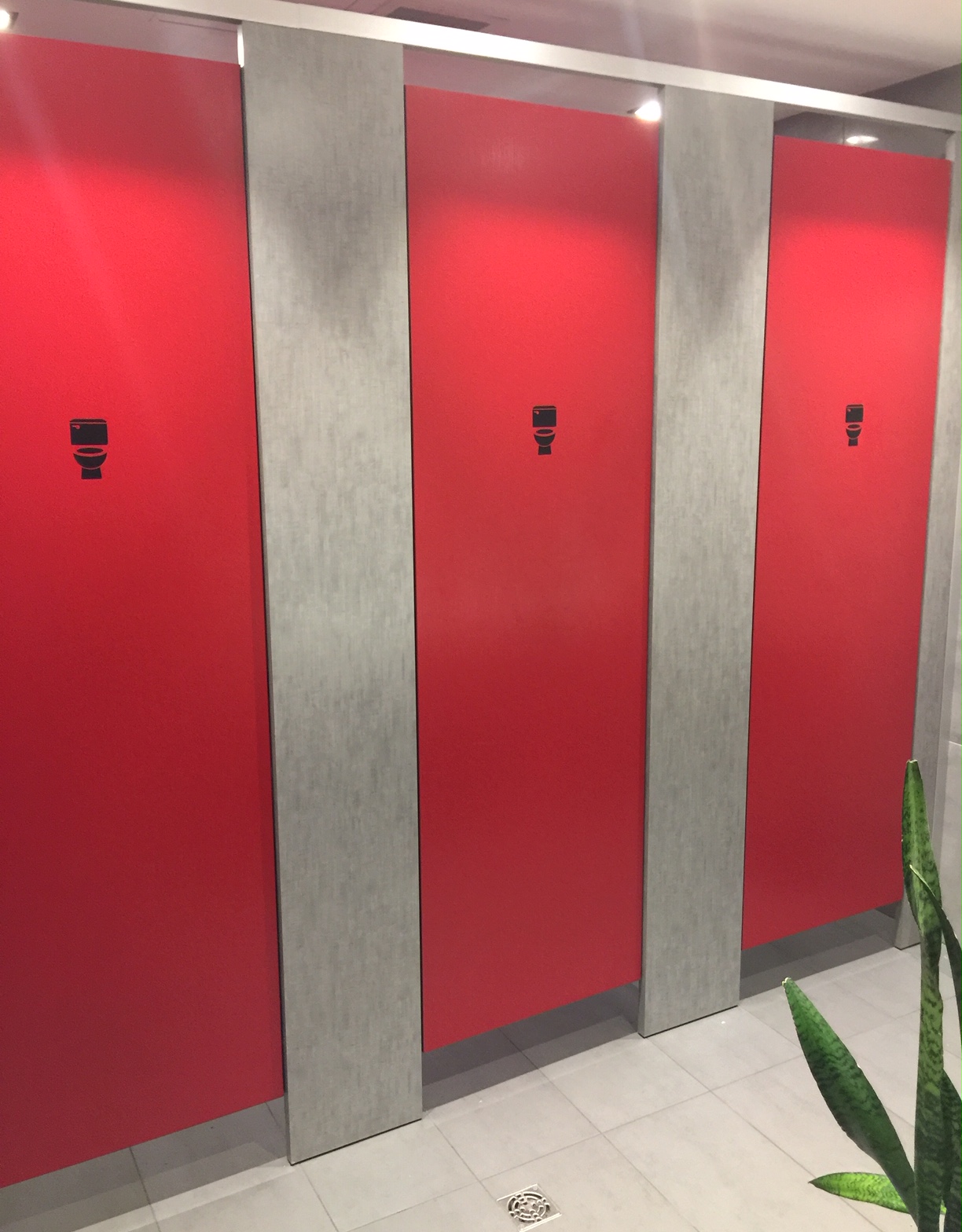 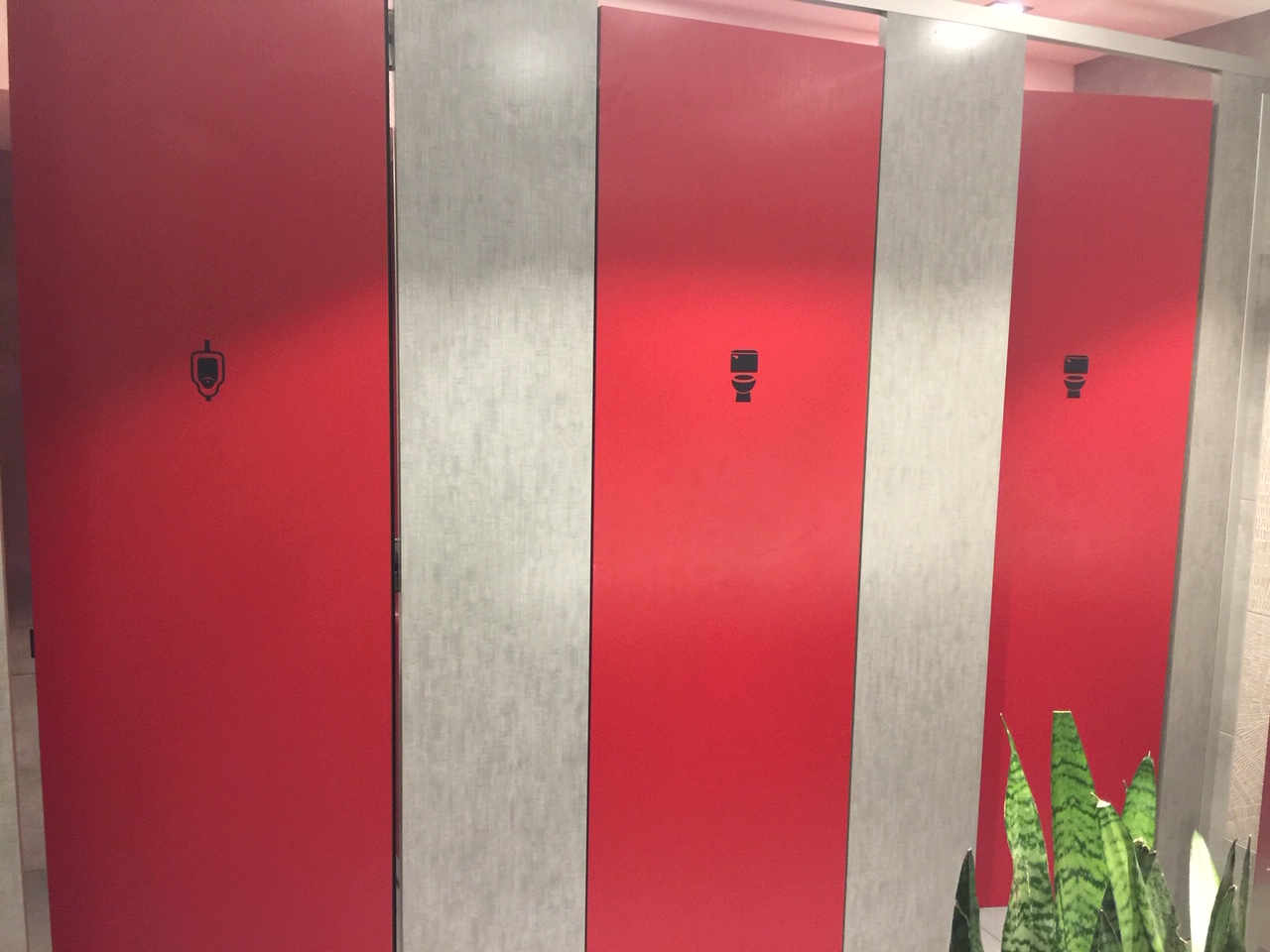 What I like about these washrooms is that no one has to self identify, everyone is together but no one feels singled out.

Awesome! This really just seems like the best way to do public bathrooms. Also from a purely logical perspective: The separate rooms don't really serve any purpose, and this is a way more efficient use of space.

From what I've seen there are only 3 differences between 'women's' and 'men's' bathrooms:
1. Women's bathrooms have bins of some sort in the stall (for trash)
2. Women's bathrooms always have a changing table, while men's often don't
3. Men's bathrooms have urinals
Having a separate space for urinals, or simply a wall, solves the only potential problem with a shared bathroom. The rest are just benefits for men really (those bins are often a great place to put your stuff).

Great points Dara, for this washroom they had separate wheelchair accessible washroom that also had a change table for either parent to change the child.  If you see on the red doors there is a door with a urinal sign as well as the ones with toilet signs.

Here is the sign for the other separate washroom (wheel-chair accessible and family washroom). Not sure why this is turned sideways when I uploaded it... 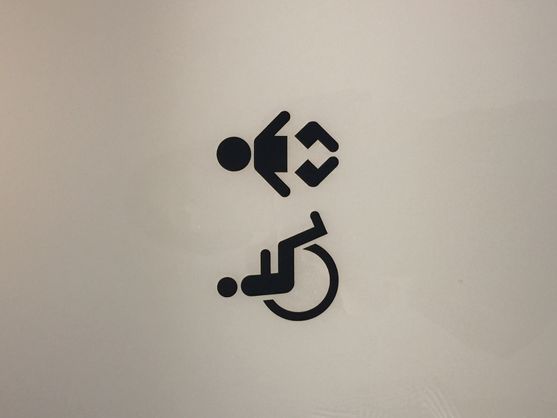