How do I properly quote Pipelines pipe variables and escape special characters like dollar signs?

I want to include special characters like quotes, backslashes, dollar signs and newlines in my pipe variables. How do I properly quote and escape them so that they survive processing by the yaml parser and variable expansion?

The key to working out how to properly quote and escape pipe variables is to understand that they will undergo two rounds of processing before they make it into the pipe. The first round is yaml parsing. The second round is variable expansion. This can make it particularly tricky to get a special character like a backslash (\) into a pipe variable.

The second round of processing actually happens within your pipeline and is performed by the shell that is running your build script (usually bash). Pipe variables are passed to the pipe using command-line arguments to a "docker run" command. For example, if you define a pipe variable like this in bitbucket-pipelines.yaml:

Then it will get passed into the pipe like this:

Note the double quotes around the value. This tells your shell to do a limited amount of variable expansion on the value that you've defined. That's what allows you to write something like this in your pipeline:

Your shell then replaces ${MY_REPOSITORY_VARIABLE} with the actual value you've defined for that repository variable (in the Pipelines UI).

With this in mind, here are some examples of how to do proper quoting and escaping of pipe variables containing special characters that might otherwise get processed during yaml parsing or variable expansion. In each case I've listed the desired string value first (without any quoting or escaping) followed by a yaml snippet that will produce that value.

The dollar sign is escaped to prevent the shell from treating it as a variable expansion.

Single quotes need to be doubled to survive yaml parsing. No further escaping is required for the shell.

string with internal `back ticks`

We need to escape the back ticks because they are treated specially by the shell, even within double quotes.

string with a backslash \ character

Even though we are enclosing our value with single quotes here (which stops the yaml parser from processing backslash characters) we still need to escape the backslash to avoid special processing by the shell in the second round.

string with a      tab character and a

Here we've used double quotes around the value so that we can take advantage of yaml expansion of the "\n" sequence into a newline character. However that means that we need extra escaping for backslash and double quote characters. In the case of a backslash we need to escape it twice - once for yaml and once for the shell, so a sequence of four backslash characters will actually end up being just a single backslash by the time your variable makes it all the way into the pipe. On the other hand, the single quote character now doesn't need any escaping at all.

And finally, here's a repository that uses all these examples in a real pipe. The pipe is designed to just run the "env" command which shows all the final variable values.

It's worth mentioning that this answer just describes how to get a particular literal value into the pipe. The pipe is then free to do whatever it wants with that value, including performing an additional round of processing for special characters.

For example see my comment on this related question: https://community.atlassian.com/t5/Bitbucket-Pipelines-questions/old-azcopy-in-Azure-Storage-Deploy-v0-5-0/qaq-p/1012424#qanda-message-1041120 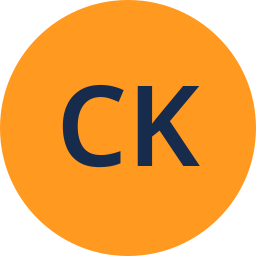 Can this be put into official documentation. And if so, can you please link me to said documentation? Thanks!

I am not on the Bitbucket team but I will try to help.

Have you tried using backslash to escape all the characters?

Actually I am on the Pipelines team. I asked the question with the intention of answering it myself for the benefit of other Community members but it took me a little longer than I expected :)

I'm having trouble with a pipe that probably is impacted by this problem. In the pipe.sh I have a command

Can you give me any help on how I could fix this?