Butler Rule for Due Date List Move not working

I'm setting up boards for my classes this summer and am having trouble getting a rule to trigger. I've tried a few variations and tests and it doesn't seem to work. My goal is to have a board-based rule where when a due date on any card in any list is due in less than 7 days it moves that card into my list called "Upcoming 🔜." If I create a new card in a list and the due date is due in less than 7 days I want it moved to the "Upcoming 🔜" list. I also wanted to have another rule that is basically the same except it copies that card to my overall "Summer 2020" board in my overall upcoming assignments list. I have "advanced" clicked on in Butler to allow for those features as well.

I know it doesn't work retroactively so I haven't set due dates on any of the cards yet only tried adding test cards with due dates less than 7 days.

In Butler I've tried both "Rules" and "Due Dates" on the left-hand side.

These Due Date rules does not work:

when a due date is set on a card with a due date due in less than 7 days, move the card to the top of list "Upcoming 🔜"

Any suggestions? I've tried different variations of the above. Thanks

If you go to 'Rule', you can set something like this: 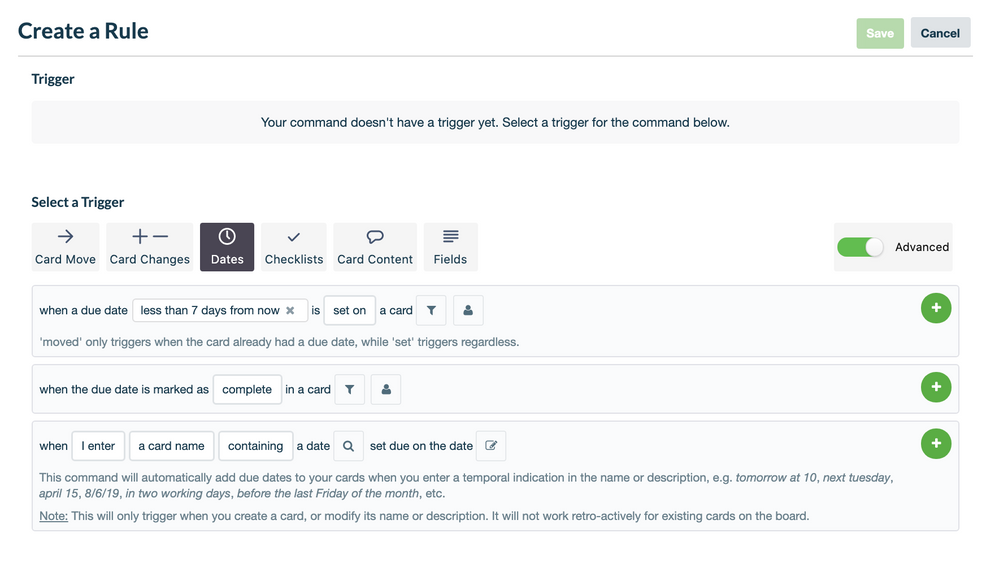 Then have the first action to be to move the card: 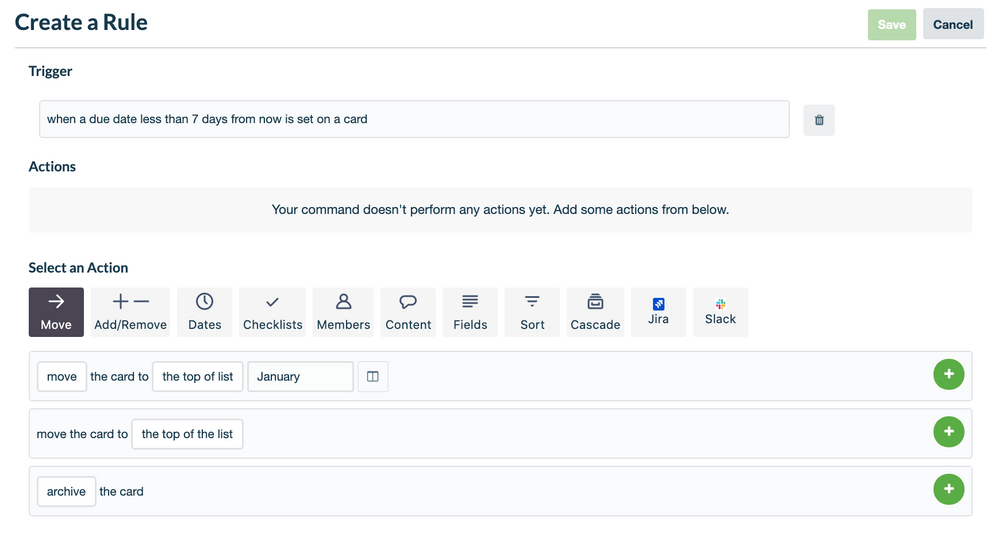 Then the second action can be to copy the card to another board: 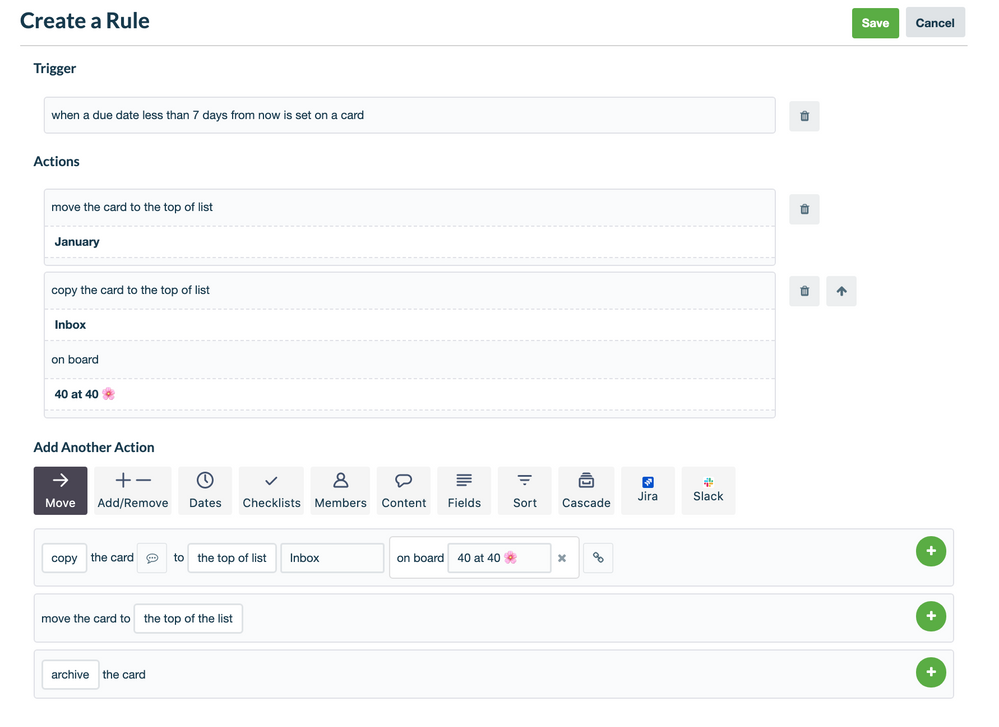 Let me know if that works!

If not, we'll come up with something else!

Hi, I have the same problem, but it only works on new cards. It means I need to create the card every day and set the date so it works? It would be good to have an automatic option that based on the date, moves all the cards with a due date less than x days to a specific onto a different list