As part of an ongoing series, Atlassian University offered this free webinar to strengthen your Atlassian product skills and learn directly from Atlassian experts.

Watch the recorded webinar and use the comments below to ask more questions related to Advanced Roadmaps. 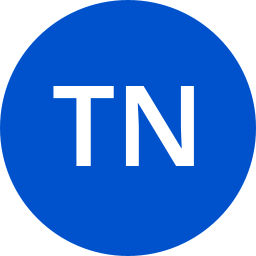 This is great, thank you !

What are all the road map tools and what is high level differences between them? 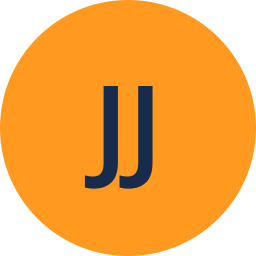 Hello Ben, my question from the 100+ batch did not get answered by Jay....so here goes

Hello Jay, in your expereince what have you felt better about : work bottom-up or top-down....

I'm assuming you mean bottom-up: starting with the stories and the agile teams to the epics (or whatever your org calls the next level up) and so, versus Top-Down where management sets the vision and creates the top level of the hierarchy all the way down to the agile teams.

I love this answer.  It's the answer to every question in computing.  Are you ready?  It depends.  That's right, it depends.

It depends on your organization's adoption of agile.  Do you work in "Sprints" and therefore are agile, or has your organization really adopted agile and have a framework that everyone in the organization subscribes to.  If the agile teams are really the only agile people in the org, then you're probably better off with a bottom up approach and you probably won't go much higher than Features or Epics.  If on the other hand, leadership has embraced agility and everyone from the top down is truly working in an agile manner, then a top-down approach might be best.  The leadership sets the vision for the org and passes it down to the business owners.

There isn't a straight answer.  It really does depend.  If you're not really agile, and working in "Sprints" doesn't make you agile, then working from the bottom up can be effective in getting the rest of the org to adopt an agile mindset.

We have teams that work Agile and i will start working with teams on Operational execution who are willing to get Agile.

The company choose Align to support us getting there, and while we have points to resolve in Testing i trust we can build a a good team.

The top of the organisation is not yet Agile, but the C-level Change Officer is working on that.

Have a Fantastic Friday ✨✨

These are great questions. From what I can see, the dependencies in Advanced Roadmaps are just a visual representation of the issue linking feature in Jira. In other words, the dependency shows an issue that has link to another issue either a a Blocks or Blocked By type of link. That implies a Finish/Start dependency model, based on the close/done event of the issue. Definitely not a robust dependency mapping feature like many project managers may be used to seeing in tools such as MS Project.

Q1 - I would love if this available without automation as part of the standard Jira product. Unfortunately the best solution I have found is to create a workflow validator (using JMWE addon) to prevent the transition of an issue based on the status of another issue.

Q2 - I can state for certain that Advanced Roadmaps supports multiple projects under a single initiative. And, you can have an issue in Project A block and issue in Project B, thus creating the dependency link.

Q3 - As I noted in my first paragraph, the dependencies appear to be very basic, based on the Issue Link field. But, I would love to hear from Atlassian on this question and future enhancements.

Hello Jay and Ben - Thank you for the webinar! What is the maximum number of issues that Advanced Roadmaps can show in a plan/program? It used to be up to 2,000 issues on server. Has this limit increased since?

I will have to ask the product team about that.

This link will answer your question in detail but it appears to be 5,000

when will Advanced Roadmaps get more granular permission levels? We need more than just edit/view for the entire plan. Would like to set permissions on views, ability to post updates to Jira, change dependencies, etc.

I'm sorry, I don't know the answer to that but you can submit a feature request to the dev team.

Hi everybody! Thanks for the webinar. It was great!
I need to plan multiple teams on multiple projects. Has anybody experience with that? How to plan the same ressources on different projects and to see when someone is overplanned?

Server - Check out Shared Teams in the documentation.  That should help

Cloud - You can still create Shared Teams and adjust the capacity for the team but you can't for individual team members.  They are in the process of integrating Advanced Roadmaps with Teams and you'll have a lot more control.

@Ben Thoma Will Atlassian be answering the questions being asked here?

Yes, but anyone in the community can.

When will the UI & functionality of Jira Data Centre be bought in sync with cloud?

There's a lot of new features (things like dependencies as lines on plans shown in this webinar) that are better in cloud that DC customers do not get.

It depends on the feature.  DC/Server has a Program and I don't think Cloud will ever have that.  With that said though, the Cloud team is working on features to give you the same functionality.