As I wrap up an MBA course on working across cultures, there's one idea that I know I'll hold onto particularly tightly as I continue through my career.

We probably all know how to say I'm sorry in multiple ways. I know how to say it in English (my language) and French (je suis désolée) and Luxembourgish (but please don't ask me how to spell it!). And all that's fine and good, but it's literal.

There's a separate cultural connotation applied to those apologies, so that an apology means different things in different places.

In a 2012 article published by the Harvard Business Review, four professors from institutions around the world shared their findings of a study. This study had several interesting findings:
- Japanese undergraduate students apologized more than twice as often as their American peers.
- Indian students fell between the two countries, apologizing more often than the American but less often than the Japanese students.
- Undergraduate students in Hong Kong apologized even more often, but the effect seems to be "watered down" in that they also valued an apology least of all the students studied.
- Of all the groups studied, Americans were least likely to "repair" a relationship upon receiving an apology.

There's a reason for this: in America, an apology is seen as an admission of guilt. Which is exactly why you'll see our politicians saying things like "mistakes were made," that avoid identifying exactly who made the mistake. American businessmen and -women will want to understand all elements of a situation or problem before choosing to apologize. For other cultures, this response is much too slow.

In Japan, by contrast, an apology indicates the desire to correct a wrong or repair a relationship, without necessarily implying guilt. During a conflict, their apology is more likely to mean "we'll help you fix this." For that reason, an American's reluctance to apologize can make them sound like they don't value the relationship.

There are deeper connections to this relationship to apologies, like how collectivist vs. individualist a culture is, too. These nuances weave their way through our countries' histories and public policies and, eventually, the way each member conceives of their role in the world. Deep, right?

But, what that means for me, an American student, is the following: I will be faster to express my support and care for others, especially in conflict.

My impulse might not be to instantly apologize, but the more quickly I can say "wow, that's a problem — I want to help fix it," the more any relationship American or otherwise will benefit, right?

If you've had any unique experiences where an apology feels mistranslated, I'd love to hear! All the messy human-ness of doing business is really fascinating, in my opinion.

Samie Kaufman - Your Gal at Gliffy 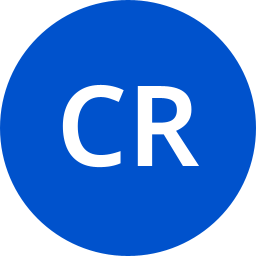