Inside Atlassian: stopping team dysfunction before it starts

This is not the story of a team that was obviously broken.

On the surface, we looked like your typical, high-powered marketing team. Busy, ambitious, and fueled by constant pressure from crazy deadlines. We played nicely together, collaborating early and often. We respected each other. We liked each other.

Collaboration, respect, a bit of office-appropriate love… that’s the magic formula for a kickass team, right?

But if you polled a few of us about how we were doing, you’d get a similar response: “I mean, yeah, we’re fine. Feels like a lot of stuff is harder than it should be, but that’s just the cost of doing business, isn’t it? Sorry, I’d love to chat more, but I’m late for my 2:00…”

Lesson #1 in dysfunctional teams: problems aren’t always dramatic, painful, or even apparent. Dysfunction can be so subtle and so small that your team can work in and around it without feeling any pain. You’re probably too busy to notice it anyway.

It’s like how you don’t go to bed fit, then wake up flabby. Getting out of shape happens one missed workout and one pint of ice cream at a time. Unfortunately, by the time the consequences are apparent, you’re already muffin-topping over the waist of your jeans.

At that point, you either have to buy bigger pants or take some painful corrective measures. (Bye-bye, Ben… bye-bye, Jerry…) I guess that’s why regular exercise is a thing.

Preventative care made all the difference for our team. It took us from ignorance to awareness to progress. Here’s our story.

It started with your run-of-the-mill management offsite. We all expected a standard goal-setting, tactic-creating session. The agenda looked familiar, except for one strange addition. “We’re starting with the day with a leadership team health monitor,” the head of our team said. “It’s like an annual physical, and will give us a good sense of where we may be struggling together.”

But I realized we absolutely have to start thinking that way. We’re not a team of individual contributors. We’re a team of team leads, and we spend most of our time with the teams we manage. So if we’re struggling to work together, our respective teams hardly stand a chance. It’s like the blind leading the blind.

“First things first,” said Dom Price, the health monitor’s co-creator and evangelist-in-chief. “Don’t rate yourself. Don’t rate the teams that report in to you. This is specifically about how this team of leaders works together.”

We started by gathering around a whiteboard and reading through the eight attributes of a healthy leadership team. I saw head nods all around. Easy, we all thought. Makes sense that great teams have these qualities. But, do we have them?

Dom called out, “Let’s start with ‘team cohesiveness’. Does this team trust and respect each other? Do you know each other strengths and weaknesses? Is morale high? Are all opinions being heard, and is debate encouraged? Do you rally behind decisions together, and move forward as a team even when you disagree?”

Being forced to consider these questions was like looking into a mirror we didn’t know existed until now. Did we really trust each other? Were we actually aware of each other’s strong suits? My mind (and everyone else’s) started cataloguing various experiences, and they didn’t necessarily add up to a resounding endorsement on the ‘team cohesiveness’ front.

That’s when things got interesting

Like a game of rock-paper-scissors, we revealed our ratings at the same time. A thumbs up (yes – we are excelling here!), thumbs ‘flat’ (meh – we’re ok, but inconsistent), or thumbs down (oof – lots of work to do here). Believe me: it wasn’t pretty.

Our ratings were are all over the place, which worried me at first. But Dom explained was actually a good thing. It meant we’d stumbled on an area where we have an opportunity to grow. And the conversation that followed was healthy.

Everyone, even the quietest of team members, had a chance to explain their perspective, calling out specific examples (but not necessarily specific people). We took care to make sure it wasn’t a witch-hunt, nor was it a game of finger-pointing directed at upper management. Instead, it was an open discussion about how, and why, we get in our own way as a team.

Then, rinse and repeat for the other seven attributes of healthy leadership teams: The end-goal for the discussion around each attribute was to reach consensus on a rating. Less “yes, we agree we’re terrible in this area”, and more “yes, we agree this is an area we need to collectively work on.”

The conversations that lead us to consensus weren’t all puppies and rainbows. They were emotional. They were awkward. We all felt a little vulnerable at some point.

But, at the same time, it was the most honest we had ever been with one another. Because of that honesty, we reached a new level of collective self-awareness and empathy with each other.

If the first step was acknowledging the problem, next is the ‘what are you going to do about it’ phase. Dom, in his role as the team’s unofficial therapist, asked us to pick an attribute to commit to improving. Yep, just one.

It’s not about picking the area that had the lowest ratings. Rather, it’s about agreeing on an attribute everyone can help improve. Because at the end of the day, a dysfunctional team isn’t just one person’s problem. These are our challenges to address, together.

We chose to focus on ‘decision making’ first because our sloppy decision making habits were biting us in the ass on a regular basis.

Our biggest sin was failing to designate someone as the decider. So we’d get into situations where multiple people thought it was their call to make, which is messy. Or worse: nobody would make the call, and a project would stall out as a result.

We knew that other teams often used something called DACI, a framework for decision-making. So we started using it.

In a nutshell, the DACI framework revolves around the roles needed in any significant decision: Driver, Approver, Contributors, and Informed. So the first thing we did was to rally the members of our project teams, and come up with a default (but adjustable) DACI for decisions related to the project.

For us, agreeing on a driver and one approver for each decision made a world of difference. The DACI turned out to be such a game-changer, we used and evangelized it with a level of zealotry only found in the newly-converted. We kind of couldn’t help ourselves.

In putting together Atlassian Summit, our annual user conference and biggest project each year, we had a DACI for everything from speaker selection to after-party venue. And you know what? When the conference started, we were less stressed, better rested, and more confident than any of us could remember being in previous years.

Rising from the ashes

Our team has improved a ton, thanks to the leadership health monitor workshop, but it hasn’t been easy. Things actually got worse before they got better.

After that first health monitor session, we held 10-minute checkpoints every couple of weeks. They were telling – and trying. We were making progress on the decisions front, but our dysfunction came in many flavors. We had recurring bottlenecks to un-clog, dependencies to untangle, and workflows to standardize.

Sounds horribly corporate, I know. But that saying about slowing down so you can move faster? Whoever coined that was onto something. We’d been so busy trying to do more stuff, we forgot to think about how we do stuff. Good thing Dom shoved a mirror in front of us, painful though it was. All the course-correcting did cost us some momentum. From the outside, we probably looked less productive for a couple of months. But eventually we resumed our natural, high-speed rhythm.

“Seriously, it feels like I’m on a different team,” I said to a colleague. “We just feel more… in sync.”

It started with a look in the mirror

So how do you know if you’re on a dysfunctional team? Chances are, you won’t. You’re probably too busy to notice.

I faithfully see my doctor for a physical each year, and I think most (if not all) of my teammates do the same. Because prevention. So thinking back on it, it’s surprising that we didn’t think to take a similar approach to our health as a team.

We stumbled into the whole team health concept almost by accident, but your team doesn’t have to. Choose to take a collective look in the mirror. Don’t wait for somebody to come along and hold one up.

It’ll be uncomfortable at first, but that’s ok. The edge of your comfort zone is the only place growth can happen. 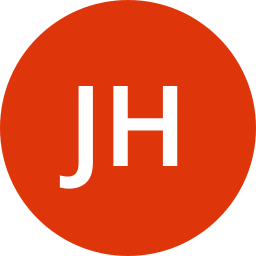 I know this post is getting on a bit in age, but I think it deserves so much more than just a 👍🏼