Does markdown work in the Stride iOS app? If I paste markdown-formatted text into the Stride desktop client, it is processed and displayed as expected (ie. "**bold text**" is displayed in bold).

If I paste the same markdown into the Stride iOS app, the raw text is displayed unprocessed.

The documentation I've found isn't clear on what is supposed to happen.  Does anyone know how to make this work? 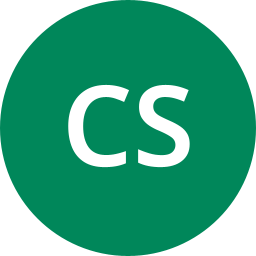 Hey, @Derek Keller. Thank you for taking the time to post your question here.

Currently markdown on paste (or via the typed markdown styles) is not supported on mobile. We do, however, support the ability to long long press on any text where you can choose to Bold, Italicize, or Underline to your heart's content.

I realize that does not really help your use case of pasting copy into Stride on mobile, but hopefully it does give you a path forward.

Our text editor team is continuing to refine existing behaviors and add new functionality as we grow and get feedback. So we appreciate you bringing your observations to us!

Thanks for the response.

I've seen documentation for what features Stride offers, but I haven't found much describing what works (or is complete) in the desktop client versus the mobile client.

After having been "upgraded" from HipChat to Stride, it seems like the mobile client is very rudimentary.  Is there a roadmap or documentation I've missed, just to know what to expect?

Thanks again for the help.

We do not publish a roadmap, and our documentation is available at: https://confluence.atlassian.com/stride-documentation

I am surprised to hear you think Stride mobile is rudimentary compared to HC. Not to say we think all is perfect, nor are we done building more capability for all of Stride, but there is quite a bit more available on Stride than HC as we've made a point of building the same functionality across Mobile and Desktop.

I'd be very interested you could tell me more about what you are finding to be missing so I can take that into consideration for our planning.

In the mean time, here are a few things available on Stride Mobile we do not have on HC or were less fully featured:

Looking forward to your thoughts!

I think it's reasonable to assume that features offered in the desktop client would have some kind of approximation in the mobile client.

Since Atlassian's existing documentation doesn't mention what works and what doesn't between the two, we've had to figure it out ourselves and it's been frustrating.

Using the mobile client to type a message, stop, long-press, adjust the selection start and end, press a formatting button, and repeat until the end of a sentence takes forever.  If I have to do all that, I'd rather just type it with no formatting.  Maybe that's just me?

Anyway, we've run into that and the following:

We haven't tried the video conferencing stuff yet.

(On a separate note, when typing in this text box, my cursor randomly jumps from its current location to other locations in the text box.)

@Derek Keller, thank you so much for typing this up. I really appreciate your perspective here.

For what it's worth, we agree with most of your points here and are working through them as fast as we can. Some are bugs, and some area functionality we are yet to build, but you can expect to see many improvements that hit on your list soon.