Gliffy has a new groundbreaking Jira app, called Gliffy Project, that builds a connection between visuals in Confluence and Jira issues.

How does this help me work more efficiently?

No one wants to spend time constantly reporting out the status of their software project. Teams using Gliffy Diagrams in Confluence and Gliffy Project together say they are more productive and have better visibility across the product development and release cycle. We hope to make diagrams more relevant and help teams move work forward by connecting your Confluence visuals with Jira issues.

Why does this matter?

How do better understand these enhancements?

The best way to understand how these enhancements will improve your work is to go to the Atlassian Marketplace to start a free 30-day trial of Gliffy Project and/or Gliffy Diagrams for Confluence Cloud.

How does it work?

From Confluence to Gliffy Project

From Gliffy Project back to Confluence

Gliffy Project directly links to your corresponding Confluence visual. You can go back to the original image from the overview page, navigation bar, and canvas. This allows you to easily interchange between Gliffy Project and Confluence to edit images, retrieve information, and update Confluence pages.

Pro Tip: All changes on images made in Confluence are automatically updated in Gliffy Project.

What other new product enhancements have been released?

What are some best practices as a Product Manager, Engineering Manager, and/or Design Manager?

What are the requirements?

You will need to have a Gliffy Project and a Gliffy Diagram in Confluence for Atlassian Cloud instance.

Thanks for posting this article. I wanted to share some personal experience I had with customers regarding how useful this Gliffy Diagrams in Confluence to Gliffy Project functionality is.

One of our customers had been taking pictures of their whiteboard drawings and then adding it to a Confluence Page or a Jira issue. In the meantime, he would use Post It notes and stick them to the whiteboard diagram with the Jira ticket number and description behind the actual Post It. He'd also color code them in regards to priority, causing confusion between teams hence missing deadlines.
He knew he needed to bring more efficiency to their Jira workflows while still using visuals.

After seeing the demo of Gliffy Project, he had an AH-HA moment where he realized that he can tie everything from the diagram on his whiteboard to a page in Confluence to Jira. All without having to repeat the process. Then if a change needed to be made in the original diagram this would automatically sync.

By creating new diagrams in Confluence, he was able to bring them directly into Jira and issue Jira tickets related to each part of the diagram. 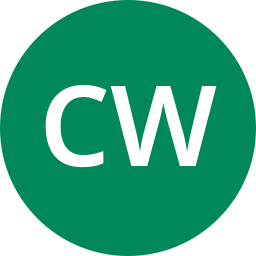