Where is the sourcetree community response to the changes? 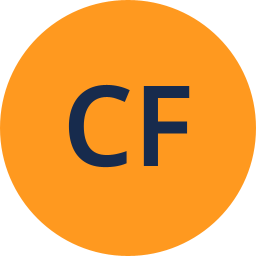 As per the comment above there was a statement the thread was going to be closed.

Shortly after there was a comment stating that it wouldn't be closed until a response was posted.

Then it was closed without a response.

Then a response was posted.

Then the response was moved from the end of the thread to the middle.

I have searched that thread and the "response" seems to be hidden on page two, but the thread is still closed not allowing community comment/feedback.

Can a new thread be started with the response allowing comments and feedback, and further to that, a post on the blog making the community aware of it?

For anyone wondering, here is the response:

I'd like to start by acknowledging that we should have done better in communicating our intentions and how we are resolving concerns around this very passionate topic.

As noted previously in thread, the substantial UX redesign was first introduced nearly two years ago for both platforms with additional changes as necessary. One of the goals was and is the fidelity of Sourcetree between platforms as well as with the rest of the Atlassian family. And in an effort to tackle the very common complaint of interface bloat, we also removed several buttons from the toolbar and other areas that were either redundant or infrequently used.

Since this admittedly rocky start we've listened to your feedback and made some changes:

One of the most contentious aspects was the removal of the treeview (sidebar) from Sourcetree for Windows. Jens, our Head of Product, recently posted an official response in SRCTREEWIN-7176 to help move us all forward.

Thank you for your patience and feedback around the pain points you’ve experienced with the UX changes. We do strive to improve the experience overall for the wide variety of users in our community but don't want to strip away everything you've come to know and love. We have work to do internally to better communicate and listen and I hope you can help us by staying positive and encouraging!

Hi Chris, our official response is not showing on the first page because it doesn't have as many votes as the current top answer. As I believe it's important that this response is visible to everyone, I've gone ahead and accepted it to make sure it remains in the first page.

Regarding your request to have a new thread started, you're free to submit a new question or discussion regarding this topic for everyone to post their thoughts (probably a discussion would be more suitable in this case).

In regards to the blog, I'm not sure what content are you suggesting we post there to make the Community aware, as all the info is already publicly displayed here. There's also a ticket in our issue tracker where Jens, our our Head of Product, posted an official response on this same topic, you can find it at SRCTREEWIN-7176. If you have something else to add, please add it there so we can keep track of it :)

Thanks for your interest in making Sourcetree a better product!