Hi everybody
Have you work on a project with customers that are not in the same timezone as you are?
Not a small difference but more like 8 to 12h difference.

Some off then tend to forget there is a time difference and book meetings in the middle of the night or they cancel the 5AM meeting during the night and you wake up early for nothing (particularly on  Monday ... 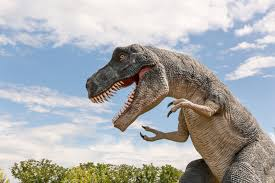 As if I would wake up in the middle of the night to check meeting request ...

But those customers are fun to work with so I don't mind.

I believe that it is becoming more common to work with teams or clients outside of your time zone.  We often work with teams in India who have a 13hr time difference.  We mark on our calendar the agreed to overlap time and try to schedule everything during that time.  Occasionally we have to schedule outside of that but everyone seems to be more flexible when this occurs because we have a defined and agreed to overlap that most of our meetings occur in.

I live and work in the UK, my first real job was a developer/consultant with UK or European clients (so only one hour off UK time) but my main gig became an oil trading company in around 1997 and since then, every job I've been in has had people in multiple time zones.  With the oil company, I was running support for New York, Houston, London (and many uk satellite offices in the UK), India and Singapore.   My current job has widened the window even more, another hour as a load of people in my teams are scattered along the eastern seaboard of the US and Canada!

The "worst" project I've had in terms of time zone was run out of the UK (where the global headquarters are), with only three of us in the UK - the project sponsor, a PM type, who moved to South Africa during the project, and myself as the tech lead.  The users and developers were all located in the USA and India.

For that project, I got used to getting up at 5am for meetings beginning at 5:30 onwards, and staying up until 1am for others.  The five hour lunch break including a lot of napping, I will admit.

The one thing I will say about it is "talk to your people".  Remind everyone that there are time zones and you have a life outside work, and encourage everyone to find and keep to hand a time zone calculator that works well for them.  Always get people to check if a meeting or call would fall outside a person's expected working hours.  (As a random example, a UK corporation I worked for had a simple rule - if you book a meeting starting before 10am or after 4pm in UK time, then you must check first, and people are free to turn it down or ignore it without explanation or reprisal)

"Remind everyone that there are time zones and you have a life outside work," - Well Put

Thanks @Brant Schroeder  and @Nic Brough -Adaptavist-   for the comments, it seems I'm not the only one in this situation :)