Friday Fun: What's In Your Wallet?

Back in 2011 Capital One ran an ad campaign that won accolades and awards for it's ingenuity and catch phrase - "What's In Your Wallet?". Samuel L. Jackson, Spike Lee, Jennifer Garner and even Kermit and Mrs. Piggy had starring roles in commercials run using the What's In Your Wallet tagline. Frankly, I'm surprised that Capital One does not have a dedicated playlist on their YouTube channel with all of the commercials.

With Team '22 on the horizon, and the return of in person conferences and connections, I've been thinking about what's gonna be in my wallet come April.

Let me tell the story through the Simpsons!

A business card is generally a good single source of truth (like 💙 Confluence 💙!). Not too much space there to stretch the truth...

But LinkedIn, well there's a lot of white space there to improve on Homer's user of a single business card...

Then there's the industrious like Moe. Environmentally conscious, not one to waste blank space to reprint cards when there is a change of role or title...

Whether you will be there or not, let us see how you'll represent yourself. What's In Your Wallet?
Is it a physical business card?
A digital one?
A QR code to your LinkedIn profile?

Whatever it may be, post a comment about it. I can't promise you'll win a cookie, but if we get enough responses, maybe I'll pick one from the fishbowl for a prize! After all, the reason we all came with stacks of cards were to hand about a dozen to other humans, and to fill the raffle bowls with the rest!

While formulating my thoughts on this post I pulled out over 15 years of business cards and I’m amazed on how much they have evolved. Of course there is one missing - my Community Leader Business Card - which is scheduled to arrive tomorrow 🤦‍♂️! 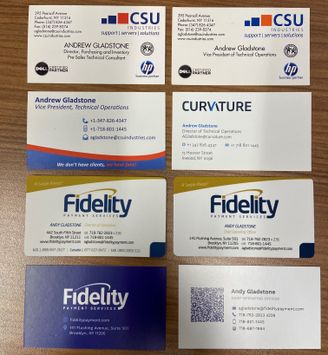 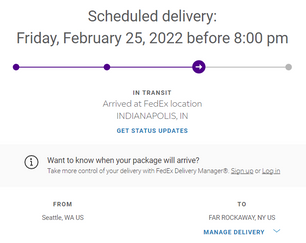 If it was there, it would be parents photo, credit cards, business cards, just some coins 😁

@Andy Gladstone I have a classic physical business card I keep in my wallet.  Along with the first business cards of my adult children (mom pride).

I do however, use LinkedIn as an electronic business card solution. I try not to collect anymore physical and ask if they are on linked in.

I had a small side business once upon a time that I used a QR code to get to my website.

So... I have used all three.  BUT, as part of a software development team, and someone trying to reduce waste, I love using LinkedIn.  https://www.linkedin.com/in/marjorie-trader-pmp-csm-3b51861/

Thanks for sharing! That's a virtual business card deposited in the raffle fish bowl for you!

In that little pocket in trousers for change (that I never used), I now keep a few plastic table shims. Then when we go to a restaurant and the table is wobbly, I can use the shims instead of a napkin. No more spilled drinks!

My wife thinks this is a bit odd, but I think it's a great idea.

@Matt Doar__ LinkedIn do you leave them for the next diners, or gather them up before leaving the restaurant? Thank you for solving table wobble - many people will lead better and more relaxed lives as a result of your efforts!

I have never been important enough to warrant carrying physical business cards.  In fact, the 2019 summit was one of the few conferences I have attended in my entire career.

For Team '22, I won't be bringing business cards, but I absolutely have my phone with me that I can connect with people on LinkedIn if they want to follow up/keep in touch.

The question then becomes if you have your phone in your pocket or not. I have worked with some people that refuse to keep their phones in their pockets due to potential health hazards. They told me about it just as they removed their tin foil hat…

I don't have any health concerns with keeping my phone in my pocket.  However, I will likely have it out and doing stuff during Team '22 that it might not actually be in my pocket ;)

Yeah, definitely my phone. Also, I've never thought about it from this perspective, but you probably always have been important enough, so you don't need one. 🙄😜

For most people, including myself, I think health concerns will arise when you realize you don't have your phone in your pocket.

I have never carried business cards.  Back before the internet, LinkedIn etc.  I believe I had business cards for a short period but never took them with me.  The ones I collected often got stuffed away only to be found when I was cleaning out my office.  I am grateful for tools like LinkedIn, our phones/contacts, etc. that allow us to make and keep connections.  At Teams I will be adding individuals to contacts and connecting on other digital platforms.

Interesting. I think the reason I have so many cards and iterations is that I have been part of 'sales-oriented' organization, even though I have never been in a sales role. A big part of the DNA is the business card. They've sort of become like postcards for me of my journey.

Maybe it's just me, but it seems like a QR code would be more desirable than a physical business card, especially in COVID times.