Adam Fenton, AUG leader, COO, and father, took the scenic route to make his way from London to Mexico City. In this Showcase you'll learn about his multifaceted career, the pros/cons of living in Mexico City vs. London and so much more. Enjoy!

I studied Computer Science & Math, and then logically took a job as a bartender back in my hometown of Watford, England. This was great fun for a bit, but then I realised it was time to get a "proper" job and started as an Analyst Programmer at Deluxe Film Labs, where I ended up taking responsibility for analysing and developing the European work tracking system. Once it was time to move on, I knew I want to move into finance and took a position with Morgan Stanley in London, where I worked a number of technology roles. Starting out in an Analyst Programmer role again, our team lead spotted I had a talent for the analysis side, and he suggested a move to Business Analyst on a large renovation project in our area. After this, I moved to a similar role in front-office technology.

I'd always loved traveling, and when I hit 30 I was single and realised this might be my last to chance to take a big trip. So, after much deliberation, I quit my job and bought a one-way ticket to Sao Paulo, Brazil. I traveled across Brazil quite quickly, because I had plans to meet some friends in Bolivia 6 weeks later. We did this crazy challenge where we drove a mototaxi from Cusco to Piura in northern Peru. Then, I traveled up to Colombia where I lived for 6 months before moving on to Central America. I met my now wife, Eleonora, in Costa Rica and a few weeks later arrived in Mexico City where she lived. And 6 years later, I'm still here! 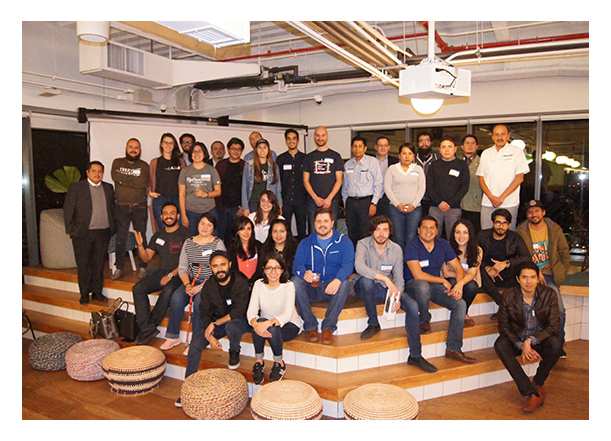 That was a brief hiatus from my career––back to it: when I arrived in Mexico, I wanted to settle down for a bit, so I had to find some work. I'd always had the idea of working for myself, I knew a little bit of WordPress having built my own travel blog, and so I started looking for opportunities to build websites for people. I worked as a freelancer for 3 years or so, but when we became pregnant I decided I needed to look for something with a more stable income. That's when I applied for a job Nolte had posted on Stack Overflow, and after various conversations with Jeff Nolte, the founder, I joined as co-founder and CTO. The company was in a relatively disorganised state (compared to now) and we soon realised that I'd be better utilised as COO, overseeing the entire production process. That's how I ended up where I am now. The company has also evolved from a small office in New York City and the rest remote to 11 people in our Mexico City office (opened just 1 year ago).

Nolte works on projects for a wide range of organizations. What has been your favorite project to see unfold?

We have built products for a variety of organisations, from likes of HBO and Amtrak to 1-man start-ups. One of my favourite products is historyofgiving.org which we built for the National Philanthropic Trust––it depicts the history of modern philanthropy, including an interactive timeline and map to take you through the journey. We also built a really cool app (available in the Play and App stores) for students studying for the GCSE exams which everyone in the UK takes at 16 years old. It gamifies the experience of studying and I really hope it has helped a load of students get through these exams!

What Atlassian products do teams at Nolte use in day-to-day operations? Do all teams use them, or just some?

At Nolte we use Jira, Confluence, and Bitbucket to manage all our projects, and we're just moving to Jira Service Desk for our long-term support plans. We are also using HipChat day-to-day, but the whole team is excited about the Stride migration planned for this weekend––we've been using it for a while and it's got a load of awesome features. 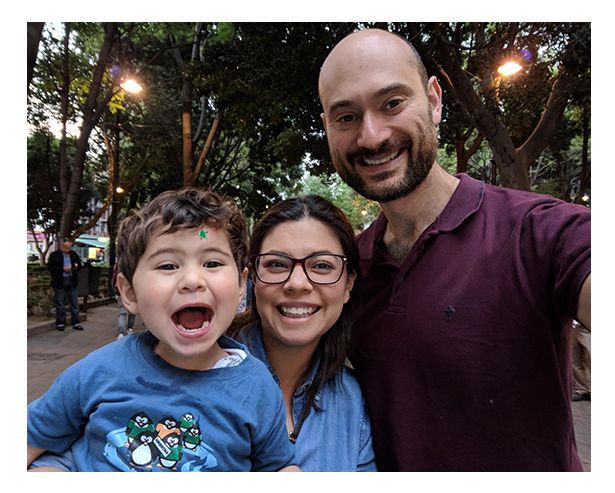 Mexico City is a hip place to live right now, especially for other North Americans––they seem to be visiting or even moving here in droves! The city has a ton of great food places, more museums than even London, and a really laid back pace compared to other big cities. The weather is also quite a bit better too. I do miss friends and family back in London, and some of the nightlife options are incomparable, but I have a kid now so I don't think I'm missing much.

What a cool story! Look forward to meeting you one day @Adam Fenton! 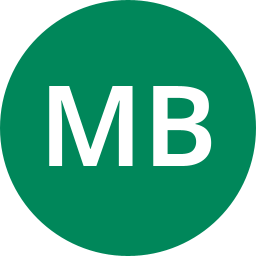 Love the picture of you and your family. What a great story. I hope to visit Mexico City some day soon.

Love your story! Happy to have you apart of the AUG leader team, Adam

Great story :) I hope we could meet in one AUG between Monterrey and Mexico City! Great Story. Hope to meet you one day in the land of smiles

Wonderful story! Amazing how one decision changes the rest of your life - I made a similar decision to explore the Netherlands and 10 years later, I'm still here :)

Awesome story @Adam, although I had the pleasure to meet you several times, very few times we´ve got a chance to talk about our life story and how did we ended up involved on the Atlassian Lifestyle. I hope we can have the time to talk more on the next AUG. You're an amazing guy!

To be frank - Mexico is an addiction. I lived there for 22 months and never missed home . I would love to continue there but I had other issues back then.

Yet I would love to return any fine day.