Currently we are using the JIRA automation in our next-gen project in a way that once a JIRA issue's linked Pull Request is merged in Github the automation transitions the JIRA issue into the next status.

However, we often have a single JIRA issue linked to multiple PRs in github and currently as soon as the first PR is merged that is linked to the JIRA issue the issue is transitioned to the next status automatically.

My question: is there a way I can set a rule to only transition a JIRA issue automatically in case ALL it's linked PRs on github have been merged?

Looking at the Automation template library, I am wondering if this template rule might help: 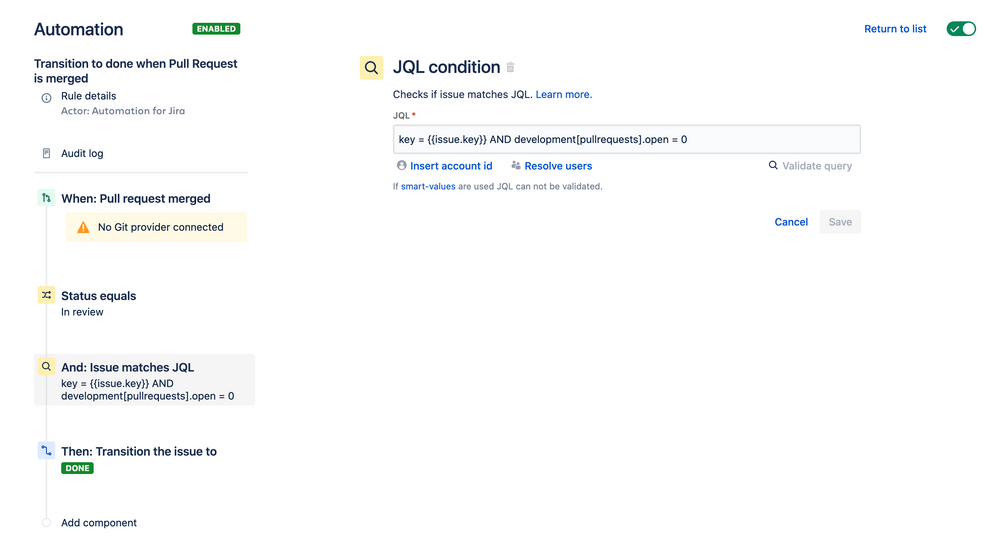 It adds an additional JQL condition that - if I am not mistaken - holds a check to verify that there are no more open PRs.